Ben Affleck testified before the Senate Thursday as a philanthropist, not an actor. But he still found a way to mention Batman in his opening remarks.

The Senate Appropriations Subcommittee on State, Foreign Operations and Related Programs hearing was on diplomacy and national security; Affleck is the founder of Eastern Congo Initiative, an advocacy and grant initiative focused on helping communities in eastern Congo.

As he addresses the ranking members of the panel, Affleck turns to Vermont Sen. Patrick Leahy and says, “I would be remiss if I did not acknowledge my costar in Batman. The role is marginally smaller than mine, but I understand that you are quite good.” Leahy laughs.

Affleck is starring as Batman in next year’s Batman v Superman: Dawn of Justice, but Leahy is a known Batman fanatic who has appeared in cameos in previous Batman films. So it seems he’ll be joining the caped crusader once again in 2016. 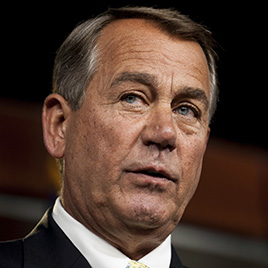 Congress to Solve Problem It Created 18 Years Ago
Next Up: Editor's Pick