One of the hardest-dying ideas in economics is that stock price accurately reflects the fundamental value of a given firm. It’s easy to understand why this misunderstanding persists: price equals value is a simple idea in a complex world. But the truth is that the value of firms in the market and their value within the real economy are, as often as not, disconnected. In fact, the Street regularly punishes firms hardest when they are making the decisions that most enhance their real economic value, causing their stock price to sink.

There are thousands of examples I could cite, but here’s a particularly striking one: the price of Apple stock fell roughly 25% the year it introduced the iPod. The technology that would kick-start the greatest corporate turnaround in the history of capitalism initially disappointed, selling only 400,000 units in its debut year, and the company’s stock reflected that. Thankfully, Steve Jobs didn’t give a fig. He stuck with the idea, and today nine Apple iDevices are sold somewhere in the world every second.

This story illustrates the truth: Stock prices are usually short-term distractions, while true value is built up over time. According to McKinsey, 70% to 90% of a company’s value is related to its likely cash flow three or more years from the present. That makes sense–making money from new inventions takes time. Yet Wall Street analysts, whose opinions help set stock prices, typically base their assessments of a firm on one-year cash-flow projections. What’s more, like all individuals, they have their biases; during boom periods, they tend to believe that corporate earnings will be higher than during bear markets, regardless of the underlying corporate story.

CEOs, who are paid mostly in stock and live in fear of being punished by the markets, race to hit the numbers rather than simply making the best decisions for their businesses long term. One National Bureau of Economic Research study found that 80% of executives would forgo innovation-generating spending if it meant missing their quarterly earnings figures. It’s a system that, as behavior economist and Nobel laureate Robert Shiller puts it, has emerged from “convenience rather than logic.”

That’s not to say that stock prices don’t give valuable insight into what’s driving corporate America. A recent report from the Office of Financial Research (OFR), a government body that monitors financial stability, dug into why U.S. stocks have tripled over the past six years. While the gains in the market have indeed been driven by rising corporate earnings, that fact obscures a more troubling truth beneath–sales growth is trailing well behind earnings growth. Companies have higher profit margins (and thus higher stock prices) not because the economy is booming and they are selling more stuff but because they have cut costs, kept salaries flat and not invested in new factories or research and development.

Share prices have also been driven up by low interest rates that have allowed companies to borrow money on the cheap and use it for short-term gain. Corporate debt (not including debt held by banks) has risen from $5.7 trillion in 2006 to $7.4 trillion today. Much of that money has been used for stock buybacks, dividend increases and mergers and acquisitions. The OFR believes that “although this financial engineering has contributed to higher stock prices in the short run, it detracts from opportunities to invest capital to support longer-term organic growth.” As William Lazonick, an economics professor at the University of Massachusetts at Lowell who does research on the topic, puts it, “We’ve moved from a world in which companies retain and reinvest their earnings to one in which they downsize and distribute them.”

Nobody–not Economists, not CEOs and not policymakers–thinks that’s good for real economic growth. Yet the markets stay up because of the dysfunctional feedback loops. Eventually, of course, interest rates will rise, money won’t be cheap anymore, and markets will go back down. None of it will reflect the reality on the ground, for companies or consumers, any more than it did during the boom times. For individual investors, there’s no clever strategy to get around any of this–you simply buy an index fund and hold it as long as you can before moving into T-bills or cash.

But there’s a deeper conversation to be had about how we might fix our system to bridge this gap between markets and reality. There are plenty of ideas out there, from a sliding capital gains tax based on how long you hold a stock to big limits on buybacks and corporate options pay. Any or all of these might help stock prices reflect what they should–the real value of a corporation. 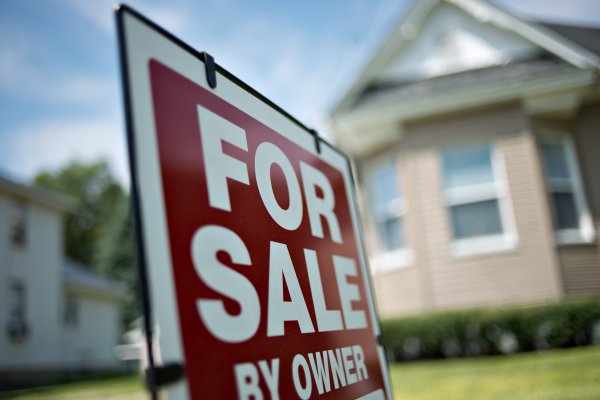 Many Young Adults Need Parents’ Help to Buy a Home
Next Up: Editor's Pick