An armed man walks on the rubble of houses destroyed by an air strike near Sanaa Airport March 26, 2015.
Khaled Abdullah—Reuters
By NBC News

RIYADH, Saudi Arabia — Saudi Arabia has mobilized 150,000 troops and some 100 fighter jets to rout Iran-linked fighters that have taken over swathes of neighboring Yemen, a security adviser to the kingdom told NBC News on Thursday.

The adviser, Nawaf Obaid, did not say whether any of Saudi troops had crossed the border into Yemen as part of the kingdom’s military intervention to arrest Yemen’s rapidly deteriorating crisis. But he said Saudi Arabia was in “complete control” of Yemeni airspace after launching airstrikes overnight and started implementing a no-fly zone.

Iran quickly condemned the airstrikes launched by Saudi Arabia and its allies as “very dangerous” for the region. 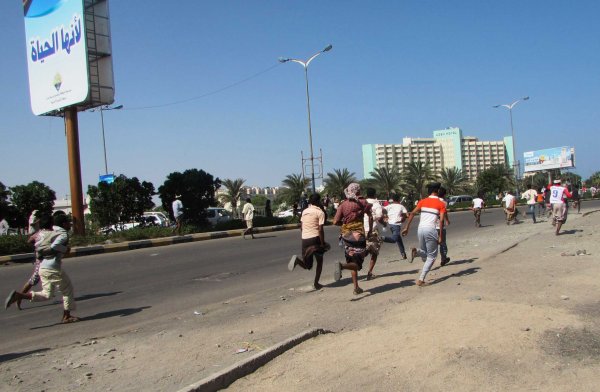