Following the loss of Germanwings Flight 4U9525 in the French Alps on Tuesday, which claimed the lives of all 150 passengers and crew, attention has been drawn to the safety record of the plane’s manufacturer, Airbus.

The French aviation company manufactured both the A320 plane that crashed and a Lufthansa A321 plane that lost altitude over Spain last November. Experts say there are similarities between the two incidents, reports the Guardian.

Germanwings said the A320 plane started descending one minute after reaching its cruising height. It continued losing altitude for eight minutes but did not send out a Mayday call.

The A321 plane took a sudden plunge after its automated systems misinterpreted data from the plane’s sensors. In this instance, the faulty data activated the aircraft’s alpha-protection system, and when mixed with other technical information, sent the plane into a nosedive. The pilot was able to recover the dive and landed safely.

Later it was found that the aircraft’s sensors had frozen after takeoff, only defrosting when the plane was coming in to land in Munich.

Airbus subsequently issued a safety alert and changed the flight manuals for all of its A300 aircraft.

According to the Guardian, some experts believe pilots have become increasingly dependent on plane-operation systems as they become more sophisticated, leading to difficulties if a fault develops.

In a 2009 crash of Air France Flight 447, involving an Airbus A330 leaving Brazil for Paris, the aircraft’s sensors had frozen and were giving incorrect data. Pilots then misinterpreted the situation and the plane came down over the Atlantic, killing all 288 people on board.

French safety investigators still don’t know what caused the Germanwings plane to suddenly dive but are analyzing the black box recovered from the crash site.

The operator said the downed aircraft was fit to fly after having maintenance work the day before.

Airbus has logged millions of incident-free hours in the air every year and manufactures some of the most popular aircraft used today. 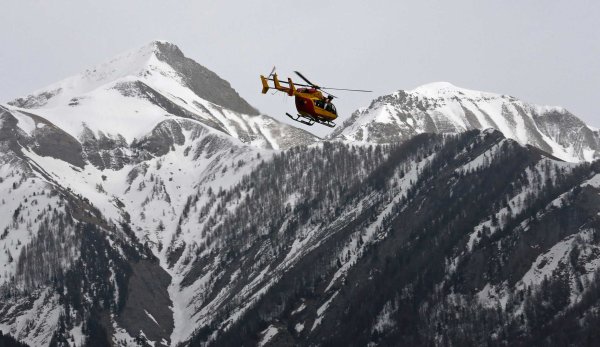