Dartmouth College said it is investigating its Alpha Delta chapter for branding the skin of new members. If found guilty, the chapter could be suspended or lose recognition by the college permanently.

A group of pledges for the fraternity that inspired the film Animal House (1978) say they voluntarily agreed to be branded, a lawyer for the chapter, George Ostler, told Bloomberg Business. The permanent marks were “a form of self-expression, similar to body piercing or tattoos,” he said. “The facts are that no hazing occurred. No one has been injured by this activity.”

This is far from Alpha Delta’s first infraction on the Dartmouth campus, the report adds. Within the last two years, the chapter has been fined for serving alcohol to minors, publicly apologized after hosting a “Crips and Bloods Party” and had one of its members admit to urinating on a woman from the frat’s balcony. The fraternity is currently suspended for violating drinking-related campus rules.

Dartmouth President Philip Hanlon, a former Alpha Delta member, has taken measures to curb the dangerous aspects of greek life on campus. In January, he banned hard liquor. Dartmouth’s Interfraternity Council also recently outlawed any form of pledging due to complaints of abuse. (The branding incident took place before these rules went into place.)

MORE: Fraternities Are Their Own Worst Enemies, Not Drunk Girls

Critics of greek life at Dartmouth have called for a complete overhaul of the fraternity system. Andrew Lohse, a former member of Dartmouth’s SAE fraternity who wrote a book called Confessions of an Ivy League Frat Boy, told TIME last September that many fraternity members at Dartmouth ignored and even joked about school rules. He went on to tie the hazing culture in fraternities with rape culture on college campuses. “When you talk about hazing, nobody is really consenting to it,” he said. “The power dynamic of being coerced to do all these humiliating and sexualized or homoerotic things [during hazing] mirrors this power dynamic that many people would argue occurs when women walk into a fraternity.”

The Dartmouth investigation comes as fraternities across the country face allegations of racism, sexism and hazing. Two Sigma Alpha Epsilon members were suspended at the University of Oklahoma for using racial slurs and referencing lynching in a video. And Penn State is reviewing its Greek system after discovering a Kappa Delta Rho-run Facebook page featured naked or partially nude women who appeared to be passed out.

READ NEXT: Will Ferrell Says Oklahoma Incident an ‘Argument for Getting Rid of’ Frats 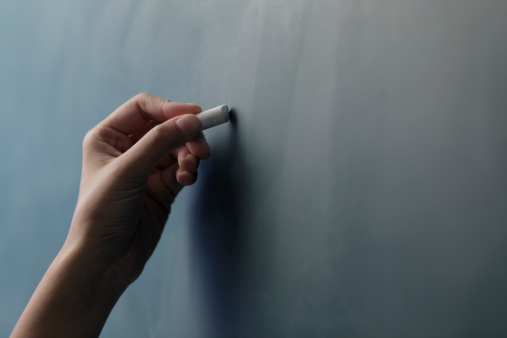 How 'Reform' Hurts My Teaching
Next Up: Editor's Pick