Phil Robertson, the paterfamilias on A&E’s Duck Dynasty who also frequents the Christian speaking circuit, has stirred up controversy yet again by inventing a bizarre parable in which an atheist family is raped and murdered.

The conservative reality television star has a reputation for sounding off about controversial issues. In 2013, he came under fire for making homophobic remarks in an interview with GQ. This time, his focal point was atheists, whom—he asserted—have no moral compass because they do not believe in God. Here is the graphic story he told, per the audio from Right Wing Watch:

The moral of the tale? “If it happens to them, they probably would say, ‘Something about this just ain’t right,'” Robertson said.

Some fundamental Christians, like Robertson, believe that morality is dependent on the existence of God and by rejecting God, atheists also reject morals. A writer at the Friendly Atheist blog responded, “I don’t know a single atheist or agnostic who thinks that terrorizing, raping, torturing, mutilating, and killing people is remotely OK, and I frankly think that Robertson doesn’t either.” 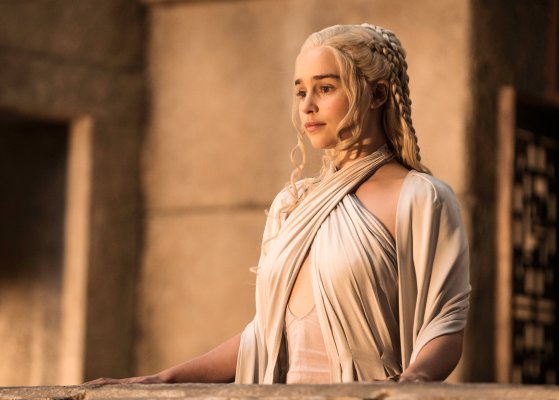 Game of Thrones' Emilia Clarke Says She Turned Down Fifty Shades
Next Up: Editor's Pick