When Martin Luther King Jr. was shot and killed in Memphis on April 4, 1968, it was, TIME declared, “both a symbol and a symptom of the nation’s racial malaise.” King had been in the Tennessee city to support a garbage-collectors’ strike, and was staying at an inexpensive motel, having been chastened for originally booking a stay at a place perceived as too fancy. He stepped out onto the motel “to take the evening air,” per TIME, and talk with co-workers. It was then that a bullet left a nearby building and found the civil-rights leader.

In the tumultuous weeks that followed the assassination, TIME readers responded with a flood of letters to the editor. Some of the most moving, from the April 19 and April 26 issues, are below.

From John Barry of Los Angeles:

From James Thompson, a pastor in West Branch, Iowa:

From Douglas P. Adams, a professor at the Massachusetts Institute of Technology:

From Deborah Preble of Pasadena, Calif.:

From P. Sudhir of Madras, India:

Read TIME’s full coverage of the assassination, here in the TIME Vault: April 12, 1968 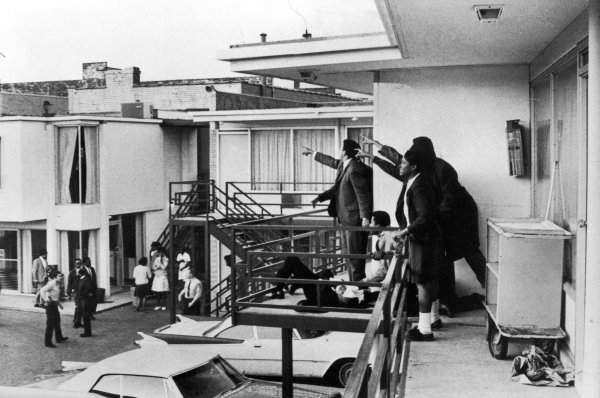 The Photograph That Captured the Horror of Martin Luther King’s Assassination
Next Up: Editor's Pick