What Is Medium? Medium Is Pretty Cool, That's What

Medium, a San Francisco startup founded in 2012, is notable for several things. Two of them are its founders: Ev Williams and Biz Stone, whose past endeavors include Twitter.

Another major fact about Medium is that it it’s a little tough to figure out. Stated in the most general possible fashion, it’s a web-based service that lets anyone publish articles online; Wikipedia calls it a “blog publishing platform,” which sounds straightforward enough. But it doesn’t involve a reverse-chronological index of content or other elements that, to me, are prerequisites for something to qualify as a blog.

Last year, The Atlantic’s Alexis Madrigal published a piece called “What is Medium?” It’s a good, thoughtful read, even though I’m not entirely sure he answered the question posed by his headline. Noah J. Nelson’s “What Medium is For” — published on Medium itself — also isn’t all that clarifying.

Others think they know what Medium is but aren’t all that impressed, such as Marco Arment, the co-founder of Tumblr and creator of Instapaper and The Magazine. He says that writers who publish on Medium rather than blogging on their own are giving up control over their work and personal brand.

Me, I’ve been an occasional consumer of content posted on Medium, and I haven’t gotten any further than thinking of it as a place where worthwhile articles are sometimes available. That doesn’t narrow it down, either. But over the weekend, I contributed an article of my own to the site. If nothing else, it helped me understand Medium better. And understanding it better left me more impressed by it.

The article in question is “I Was Pat McGovern’s Elf.” It’s a memoir of the numerous times I assisted Pat McGovern, the founder of tech-publishing giant IDG, on his legendary holiday visits, during which he visited thousands of employees at their desks, thanking them for their contributions to the company and leaving behind a card and a bonus. McGovern passed away last week, and I thought the story was worth telling.

Why did I publish it on Medium? When I heard about Pat’s death last Thursday, I wrote about him for TIME.com. Two stories about a former boss written on company time felt like one too many, though, especially since this second one doesn’t have much to do with technology, my beat here at TIME.

Now, I do have a personal blog, but it scarcely counts as a blog: Months go by between updates. (I’m embarrassed just thinking about it.) And it’s largely about cartoons and silly stuff, so a memoir about someone who’d just passed away felt out of place.

Medium — which I wanted to try anyhow — felt like a good spot for a one-off story that was long, fairly serious and not about tech. So I sat down and composed my story in the service’s built-in, browser-based word processor, which is beautifully done. (Sadly, Medium doesn’t yet allow you to write on mobile devices such as my primary computer, my iPad Air. “I Was Pat McGovern’s Elf” is one of the few things I’ve written lately that I composed entirely on my MacBook Air.)

It was a happy experience. I’m pleased with how the story came out and how it looks. Thousands of people found it, and some of them have been talking about it on Twitter and Facebook, which is exactly what I hoped would happen.

…you aren’t ready to blog, blog, blog. If you’re going to write frequently, it makes sense to do what Marco Arment suggests: Set up your own blog on a service like WordPress, Squarespace or Tumblr, where you can build an audience and get more control over the look and feel of your online identity. But Medium is attractive if you only have the yen to say something every so often. It’s about individual pieces of content, not a surging sea of items.

…you like the Medium environment. Unlike the Huffington Post and Forbes.com and other sites that let people who aren’t full-time writers reach a large existing audience, Medium is uncluttered and classy and vaguely New Yorker-like. Its commenting system, which lets you and other people annotate your stories, discourages the angry-mob effect that’s so widespread on the web. Not everything that appears on Medium is great — or even good — but the dignified atmosphere encourages thoughtful contributions and original ideas.

…you aren’t in it for the money. Medium does have some paid contributors, but there’s no way for a random person who signs up for an account — such as me — to make money. Which is understandable given that the site, in its current form, carries no advertising or other revenue-generating elements.

I’m not ready to proclaim that Medium is the future of online publishing. It might be destined to stay small. But I’m glad I wrote something for it — and if the right topic comes up, I’ll do it all over again. 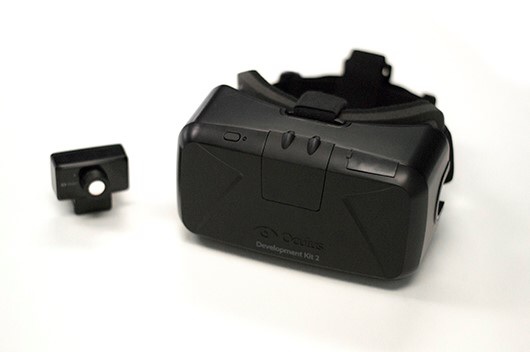