How One of History's Best April Fools’ Day Pranks Was Debunked

From TIME's April 23, 1934, debunking of the lung-powered flight hoax
TIME
By Jennifer Latson

Although the exact origin of April Fools’ Day is uncertain, playing springtime pranks is a nearly universal custom, adopted around the globe and throughout history — perhaps, some have suggested, beginning with the Roman festival of Hilaria, which was celebrated by dressing up in disguise. Over the past century, April 1 hijinks have become a mainstay of Western culture.

One of the more legendary jokes came in 1934, when a German news magazine published a photo of a man on skis, propelling himself into the air by blowing into a straw to turn a pair of rotors. Many American newspapers were taken in by the hoax, including the New York Times, which ran the photo with the caption, “Man flies on his own power for the first time in history.”

TIME, however, was not fooled, as an article from later that month made clear:

But it wasn’t long before the kind of flight news that would have once been an obvious hoax began to seem feasible: in 1937, faux-pilot Koycher showed up again in the pages of TIME, but as a counterexample. “Three years ago, like many another newspaper, the New York Times carried an astonishing picture of a man on skis propelling himself off the ground by puffing into a pair of rotors. It turned out to be an April Fooler concocted by the editors of Germany’s Berliner Illustrirte Zeitung,” TIME noted. “Last week, however, the feat which Icarus and Leonardo da Vinci made famous by failure was finally achieved. In Milan, where Leonardo experimented with flapping wings 400 years ago, Pilot Vittorio Bonomi took off, flew five-eighths of a mile in a bicycle plane worked only by his own strength.”

Read TIME’s 1934 debunking of the lung-powered flight, here in the TIME Vault: Daedalus 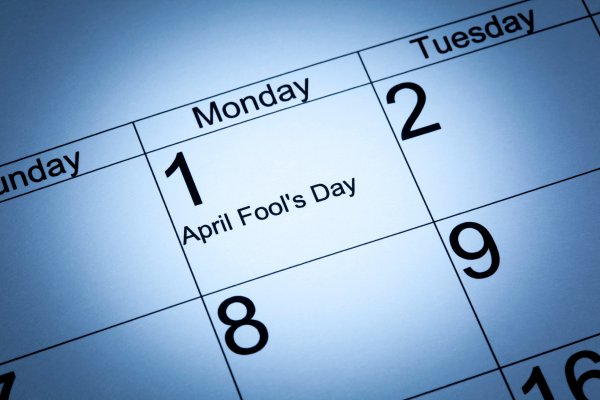 7 April Fools' Pranks We Wish We Saw Today
Next Up: Editor's Pick