As Mad Men winds down, with the final set of episodes starting April 5, lead actor Jon Hamm would seem to be in an enviable position. He’s the Golden Globe-winning star of one of the most critically-acclaimed dramas of all time, and an actor who’s able to get cast in big-screen dramas (last year’s Million Dollar Arm) and the cultish comedy he seems to prefer (recently, Unbreakable Kimmy Schmidt). But Jon Hamm is also a celebrity—and one who is treated with unusually probing curiosity by the public at large.

The revelation that Hamm recently completed rehab treatment for alcohol abuse is only the latest incident of the needle Hamm has been trying to thread for years. He’s an object of greater-than-usual curiosity from fans, curiosity he can’t help but fuel with each development in a fairly enigmatic life. The rehab information was divulged through a publicist who requested “privacy and sensitivity” for the actor, the same goal he’s been striving for, to little avail, throughout his career.

Consider Hamm’s relationship, with actor/director Jennifer Westfeldt. The pair keep whatever goes on between them at arm’s length from the public, giving rise to predictable (and often cruel) lines of questioning about why the pair isn’t married and what might be the dynamic between two people at different levels of fame. The commentary about Hamm and Westfeldt every year at the Emmys comes close to recappers’ debating Don and Megan Draper’s relationship in its tone. And then there’s the question of Hamm’s anatomy; his physical form has been subjected to extreme and frequently grotesque scrutiny online by fans who delight in Zaprudering the area between his navel and his knees. “They’re called ‘privates’ for a reason,” Hamm has said, complaining about “a broader freedom that people feel like they have—a prurience.”

In part because he’s so closely identified with a character whose opaque inner life and sexual allure are intertwined, Hamm has come in for among the closest scrutiny of any male actor working today. He is, in other words, treated like any actress. And it’s clear that the world of fame makes him extremely uncomfortable, from his comments on his anatomy to his self-conscious, seemingly unnecessary history of criticizing Kim Kardashian. There’s no reason why the drama actor even needs to comment on the reality star, but to make a distinction: “She and I are very different.” But to a public whose extreme interest in him necessitated revealing his stint in rehab before the gossip blogs got to it, Hamm and Kardashian are the same.

Whenever a popular show ends, the question of what the stars will do next becomes fairly pressing. After Friends, Jennifer Aniston parlayed her fame as Rachel Green into movie stardom; Bryan Cranston brought his serious-actor cred from Breaking Bad to Broadway, and won a Tony. Hamm seems to have planted the seeds of a long and robust post-Mad Men career playing against his good looks and charm, negating his celebrity. On Unbreakable Kimmy Schmidt, he was a villainous cult leader revealed, more and more, to have nothing behind his charm; on Parks and Recreation and 30 Rock both, he did guest stints as bumbling incompetents; in Bridesmaids, he was a cad. His public statements are largely unrevelatory or else they don’t exist, so what we have to go on is his work: He wants to not be famous in the way that he is. It seems increasingly likely that Hamm will not work in drama much after Mad Men, both because he’s so closely identified with Don Draper and because getting identified with a character—doing a good job, in other words—has brought him plenty of grief.

In the same interview in which he complained about the scrutiny of his genitals, Hamm said, “I feel like that wasn’t part of the deal.” He thought he could play a character who was sexy and intriguing and have everyone watching understand that it was completely fiction—that the real Jon Hamm would never be known to them. That’s a level of sophistication he shouldn’t have presumed. 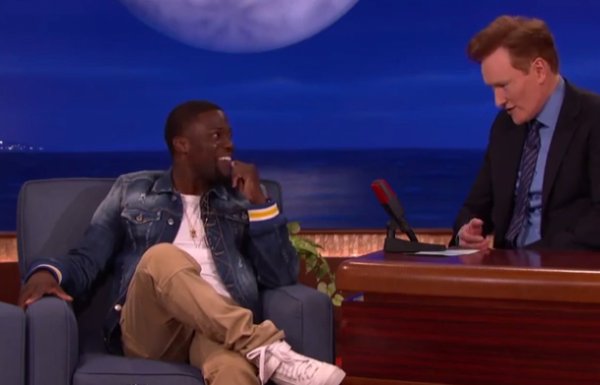