How Air Pollution Affects Babies in the Womb

It makes sense that an expectant mom’s exposure to pollutants in the air can affect her still-growing baby’s lungs and respiratory system. But there’s increasing evidence that such compounds can also harm brain development and contribute to behavioral and cognitive problems later in childhood.

In the latest study on the subject, published in JAMA Psychiatry, researchers for the first time pinpointed exactly which areas of the brain are affected if a baby is exposed to car exhaust and the byproducts of burning home heating oil. These polycyclic aromatic hydrocarbons (PAHs) have previously been linked to developmental delays, lower verbal IQ. signs of anxiety depression and problems with attention. But researchers haven’t been able to identify which areas of the brain are most vulnerable.

MORE: Children Exposed to More Brain-Harming Chemicals Than Ever Before

In this study, they recruited 40 mothers and their children living in the inner city who were participating in an ongoing study of pollution’s effect on development. They were selected because they had low exposure to environmental factors other than PAHs that could affect development, such as tobacco smoke, lead, insecticides and other chemicals. Based on measurements of PAH in their surroundings, about half of the mothers had PAH exposures below the median of those in the larger group, and half had PAH exposures higher than the median.

“The effects were extraordinarily powerful,” says Dr. Bradley Peterson, director of the Institute for the Developing Mind at Children’s Hospital Los Angeles and lead author of the study. “The more prenatal exposure to PAH, the bigger the white matter problems the kids had. And the bigger the white matter problems, the more severe symptoms of ADHD, aggression and slow processing they had on cognitive tasks.”

White matter is made up of the fibrous connections between nerve cells and is critical to helping neurons from one part of the brain communicate with their counterparts in other regions, and the babies with the highest exposure to PAH in the womb showed a dramatically lower volume of white matter in the left side of their brains. The entire left hemisphere, from the front to the back, was affected. “You would assume that an environmental exposure brought in by the blood and circulating to the brain would affect both sides of the brain,” says Peterson. “But the adverse effects of PAHs is located on one side; that’s surprising.”

The asymmetrical effect speaks volumes about how PAHs target brain tissue. Like other neurotoxins, they may preferentially seek out actively developing tissue. During gestation, the left side of the brain, which houses language capabilities, may be undergoing more intense structural changes in preparation for birth. This was supported by the fact that in the larger group of children in the study, those who were exposed to PAHs around age five didn’t show the same left-sided bias; in the older children, the pollutants affected both sides equally because the right hemisphere of the brain is undergoing active development at that time as well.

Peterson suspects that the connection between PAHs and later behavioral and cognitive symptoms such as inattention, hyperactivity and slow processing speed may be due to how PAHs disrupt the normal communication between nerves in the left side of the brain and elsewhere.

The problem, he admits, is that moms-to-be can’t easily change where they live or work. And most people aren’t aware of how many PAHs they absorb on a daily basis. There are ways to minimize the risk of exposure, however. Expectant mothers can avoid secondhand smoke, a major source of the compounds. Not directly inhaling exhaust from cars on busy streets or smoke from fireplaces can also help, as can spending as much time as possible in parks or other areas free of burning fuels. It won’t eliminate the risk from living in an inner city and being surrounded by car emissions, but it can help, Peterson says. “Even if you can reduce your exposure from moderately high to moderate levels, it’s going to have a beneficial effect on the developing fetus,” he says. 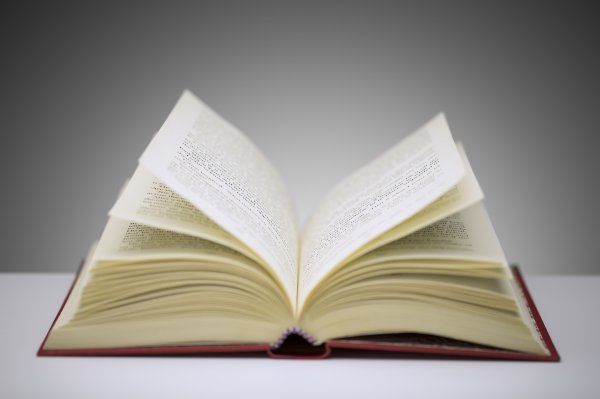 Your Brain Learns New Words By Seeing Them Not Hearing Them
Next Up: Editor's Pick