What Obama Could Learn About Negotiating With Iran From My $2,000 Used Car

'For Sale' sign placed in car window, outdoors, close-up
Alan Powdrill — Getty Images
Ideas
By Eyal Winter
Eyal Winter is the author of Feeling Smart: Why Our Emotions are More Rational Than We Think.

Years ago, less than a week before going on leave from Washington University, I put my car on the market. I had bought the car used for $5,000 a year earlier, but to sell fast I knew I had to be flexible. My asking price was $4,000, but the first serious buyer who got in touch smelled a bargain — he immediately offered $1,000 less than the asking price. Then, in spite of living just a couple of blocks away, he took two days to come and look at the car. “So, when are you leaving?” he asked. “Two days,” I said, giving in to the instinct to tell the truth. The remaining negotiations were short. He got the car for a mere $2,000. The reason that I got such a bad price for my car was that I had been perfectly rational: I knew I couldn’t wait long (and admitted as much), and I was unwilling to take a risk.

Volumes of research in game theory, behavioral economics, and psychology show that these two attributes are deadly when it comes to success in bargaining: honesty and rationality. These findings are relevant to all types of negotiations — from haggling in a bazaar to multi-billion dollar deals between corporations to political negotiations between states. What follows from these findings is that countries and organizations that are led by a religious conviction always have an advantage when it comes to bargaining with their liberal, democratic counterparts. This insight is hardly ever considered in regard to the US–Iran negotiations. But it should be.

The bargaining power of a negotiator is directly determined by his ability to make credible commitments. Nobel laureate Thomas Schelling discusses this important insight extensively in his famous book “The Strategy of Conflict.” Negotiations are a tricky game of threats and concessions. The more credible your threats are, the fewer concessions you will need to make. A credible commitment to a certain red line below which no further concessions are possible is, in a nutshell, the essence of bargaining power.

When God is on your side, or when you believe that He is, credible commitments are easy to make. Here is the brief manual that the religiously extreme negotiator typically follows: (1) If your demands aren’t met, be patient. Don’t rush to agree to anything. You don’t need to report to anyone but God. Let your counterpart sweat. (2) You don’t have to worry about taking a risk. No one you care about will blame you for relying on God to make the coin fall on the right side. (3) Allow yourself to be emotional while referring to your religious conviction. Words such as “honor,” “pride,” “insult,” and “humiliation” should rule the day.

Emotions tend to work well for negotiators because they defy rationality. An emotional negotiator is a moderate version of the insane hijacker: Any threat he makes should be taken seriously. This is precisely what led the leader of Hamas, Ismail Haniyeh, to publicly announce last summer during ceasefire negotiations with Israel: “We are a people that love death for the sake of Allah as much as our enemies love life.” A research paper by Marwan Sinacuer from Stanford University and Larissa Tiedens from INSEAD, entitled “Get Mad and Get More than Even,” beautifully documents this effect with laboratory experiments.

Though it might turn out to be too late for the current negotiations with Iran, Western negotiators should know that they can also draw red lines and commit to them. It requires them to be determined and to give liberal moral sentiments a weight similar to that of religion. It requires that liberal negotiators explain to their counterparts that execution of women for infidelity or persecution of ethnic minorities and homosexuals drives us liberals mad just as much as Charlie Hebdo‘s caricatures drive Muslim extremists mad. It requires that their counterparts understand that our “irrational” concern about their nuclear capability is just as serious as their irrational tendency to feel humiliated. 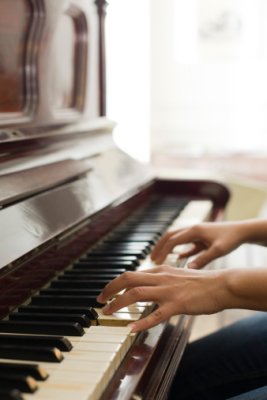 Research Shows These Four Things Will Make You a Peak Performer
Next Up: Editor's Pick