Detroit Police Chief James Craig and other law enforcement have a short briefing to media as law enforcement investigates in Detroit where the bodies of two children found in a freezer on March 24, 2015
Daniel Mears—AP
By TIME Staff

A 36-year-old woman was arrested Tuesday after officials found the bodies of her son and daughter in a freezer at the family’s apartment in Detroit.

Court officers discovered the frozen bodies wrapped in a plastic bag while carrying out an eviction order. The boy was 11 and the girl was 14. A post-mortem autopsy has been ordered to determine the exact cause of death, reports the AP.

The woman had two other children, aged 11 and 17, who were discovered at a neighbor’s home. They are being cared for by social services.

Tori Childs, who lives nearby, told the AP that the two dead children hadn’t been spotted around the neighborhood for the past year. All four siblings were not enrolled in Detroit’s schools but were apparently being home-schooled.

The woman was reportedly unemployed and awaiting eviction from the low-incoming housing where the family had lived for a decade. Court records show that she owed $2,206. Another friend called her “a beautiful person” who was just “going through some things.” 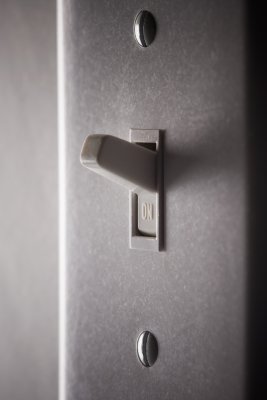 House for Sale in Massachusetts Was Rigged to Explode
Next Up: Editor's Pick