Back in September, Jay Chandrasekhar revealed in a Reddit AMA that a sequel to the 2001 cult classic Super Troopers, created with his comedy group Broken Lizard, was in the works and on its way to a crowd-funding site. And on Tuesday, Broken Lizard officially launched the Super Troopers 2 Indiegogo account.

The film’s page states that, “while the studio has given us permission to make the sequel, and agreed to distribute it (at least in the USA and Canada), we need to fund the movie ourselves.”

According to the page, if they are able to raise at least $2,000,000 in the next month, then filming on a “barebones” version of the sequel can begin this summer. But raising more would be better for what the team has planned.

“We’ve got some big stuff in the script, and if we’re able to raise enough money, you’ll get to see all of it. The more we raise, the more amazing stuff we can put in the movie,” the page reads.

The promo video for the campaign shows characters Thorny, Rabbit, Mac and Foster pulling over Farva, who is upset to find out he hasn’t been included in the plans for Super Troopers 2. They agree to let him in once he convinces them he had the best parts in the first film, but proceed to shove him in the trunk of his car after offering to show him the script.

They also outline a series of contributor perks from simply being thanked on their site ($10 contribution) to being able to keep the official patrol car used in the movie ($35,000 contribution).

The campaign has already raised $776,661. That’s at least enough to cover mustache maintenance. 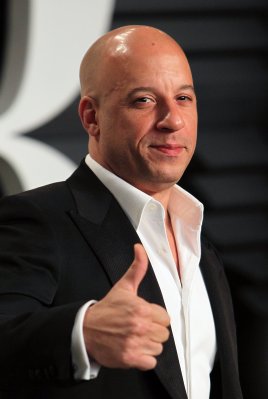 Vin Diesel Predicts Furious 7 Will Win an Oscar
Next Up: Editor's Pick