Hilary Duff Talks Younger, Lying About Her Age and the Status of Her Album

In Younger, the new TV Land series from Sex and the City creator Darren Star (premiering March 31), Hilary Duff plays Kelsey Peters, a hotshot book editor who befriends a 40-year-old coworker (Sutton Foster) pretending to be 20-something in order to re-enter the workforce.

TIME caught up with the actress and singer to talk about the show’s risqué plot lines, living in Brooklyn and working with Tove Lo on her new album.

TIME: TV Land is known for airing classic shows and catering to older audiences. How does Younger challenge ideas about what a typical TV Land viewer looks like?

Hilary Duff: I don’t want to say anything bad about TV Land because I’ve had such a wonderful experience shooting that season with them, but I do agree with you. I really feel like in this day and age, it’s not the network that makes the show, it’s the show that makes the network. I remember when no one would have watched AMC, and that was just a few years ago. It wasn’t until all these amazing shows came out that people started to tune in. It’s hard to target who will be watching our show because I really think it will be quite broad. Younger is edgy. It’s dealing with a lot of women’s issues in humorous ways.

How edgy are we talking?

When I read the episode about my character’s DivaCup getting stuck, that was like, “Wow, okay, we’re really going to go there.” That was exciting. We get drunk a lot. We take Molly.

That must have been a wild day on set.

It’s exhausting to act drunk or high all day! It’s a lot of work, but it is fun. And it was nice because we filmed it toward the end of the season, so we were all just being wild.

So you built your wrap party right into the show.

I laughed at the part where your character and her friends call each other skanks and hos as terms of endearment. Is that how you all talk to each other on set?

It depends on the day and how much coffee we’ve all had or how late we’re working that night, but we can get pretty rowdy! We really got along so great. We’re all very different, but I think we love and respect each other and learn from each other too.

What feedback do you give the writers and producers as an actual 20-something?

A lot of our writers are in their 20s, so they know what’s up. I’m trying to think if I gave any feedback. I think I’m the one who will act ghetto more of the time or do funny voices. Sometimes I’m reading the script and I’m like, what? People do that? I am in my 20s, but I have a lot of responsibility in my life.

Is there a fantasy element to your character? “This is what my 20s could have been like if I hadn’t gotten into showbiz.”

That’s part of why it was exciting for me to take this role. I do feel like she’s just totally normal and relatable, but she’s driven, she’s smart and she’s got it together. And then she can also be a total disaster. That’s pretty much how women roll right now in their 20s and early 30s. They want the best of both worlds, and they’re willing to deal with the hangovers or the pain of going out and partying the night before.

Your character is an editor at a publishing house. What 9-5 job would you have if you weren’t acting?

That’s tough for me. I really love interior design, so maybe something like that, but I can’t really imagine that being a 9-5 job. I love to cook. So maybe I could be some kind of sous chef somewhere. I don’t know!

Have you ever lied about your age?

Of course! All the time. I used to lie about to my age to get into clubs and stuff.

Yeah, but I think they would all know how old I was anyway. I was pretty well-known by the time I was trying to get into clubs, and they would just let me in anyway.

Right. It must be hard to lie when everyone can Google your birthday.

I know! It wasn’t hard for me to get in. I knew most of the people — I’m not trying to sound like a brat or anything! I had an older sister too, so she learned the ropes for me and then I got to just sneak in. Super naughty! Naughty, naughty. A fake ID would never work for me because they’d be like, “We know who you are.” I think I had my sister’s old ID.

I can’t even remember having to use it. Who knows.

You lived in Brooklyn while filming this show. Did you learn anything from the 20-somethings there?

I felt so old living there, to be honest. I lived in Park Slope, which I love, and that’s not where too many of the cool kids live — it’s a very normal family neighborhood. But we shot in Williamsburg, and some of the outfits were so wild. I couldn’t wrap my head around it. I was like, “This must take so much effort!” There’s such good people-watching. People are really nice and normal, but they’re living how they want. I respect that, but it makes me feel old for sure.

So you haven’t stocked your kitchen with mason jars and started making your own pickles.

I am so into that. I’ve been doing that in L.A. for quite some time.

Is that the most stereotypical Brooklyn thing about you?

I guess so! I did learn there was this grocery store down the street, a co-op. You get amazing produce and food — it’s like a specialty market — at a discounted price, but only if you take a shift there once a week. We tried to shop at the co-op but then we realized we couldn’t because we didn’t have a job there! It’s a commitment. But also the people that are working there are terrible. They don’t know where anything is. They don’t want to bag your groceries because they’re all moms that live in the neighborhood and want to shop at the grocery store but they don’t want to be working there!

You’ve said that Younger could become a guilty pleasure for guys. What is your pitch for the men of America?

I’ve never figured it out totally, but when I was on Gossip Girl so many guys were like, “I love when my girlfriend puts it on because I love that show but I don’t want to tell anyone.” I don’t know what it is about that show, but I think this is going to be the same way. When I watch the show, I could see how they could be drawn to it.

Younger creator Darren Star said he was really excited to give you a more adult role. Did your association with Lizzie McGuire make it difficult to get those roles before?

In the beginning I definitely dealt with a lot of that. Even now with certain movie roles, I’ll go and get amazing feedback and won’t always get the role. There’s definitely a stereotype because of my past, starting so young and people growing up with me. But I think the show felt like a step in the right direction. I never really let it make decisions for me. I never wanted to sign onto a show that I didn’t feel was a good fit for me. This show came at a good time and got me really excited where other hadn’t.

Darren has created some pretty iconic television. Were you a big Sex and the City fan?

Huge fan. Huge 90210 fan. Huge Melrose Place fan. He is really so brilliant. He writes great stuff for women. And I’m working with fantastic women that I learn from every day. I get surprised by their choices when we’re filming a scene, so I just feel like I’m in good company. I’m happy to take on a role that is more where I am in my life.

So, the mother of all personality questions: Which Sex and the City character are you?

I think I’d have to be a Carrie. I guess it’s the same reason I’d want to be Baby Spice.

Speaking of music, are you still working on an album, or have you put that on pause?

I’m almost finished recording. I’m going in for a session today that might be my last session. My record is pretty much done, and I’m just waiting. It’s tough. I put some music out last year, and right when I put my single out, we started filming the show. So it was a little bad timing because I really didn’t get a chance to properly promote my single after being out of the music game for seven years. But it was good. I feel like I got a little taste of it again and it got me excited. I’m definitely going to have a single soon. It’s just a balancing act of trying to have two careers that take up a lot of my time. And also being a mom — the most important one for me.

You’ve been in the studio with Swedish pop artist Tove Lo. Have you moved on to electro-pop after returning last year with a folkier sound?

The album has taken on a lot of different lives, which I guess is to be expected when you’ve taken such big break. It is a little bit of electro-pop, a lot of it is just straight-forward pop and some of it has gotten pretty dance-y, which is cool. Some songs still have a little bit of a folky side.

Thank you! Yeah, I really wanted that to be my first single just because I wrote it and it was a really personal song. It’ll still be on the record, but I’m excited for what’s to come to. I went to Sweden last month and knocked out about four songs and really created a cool vibe for the record.

Well, Sweden is the best place to make a pop record.

I know! We can’t catch them right now. They’re on fire.

Read next: Hilary Duff’s Comeback Gets Cooking With ‘All About You’ 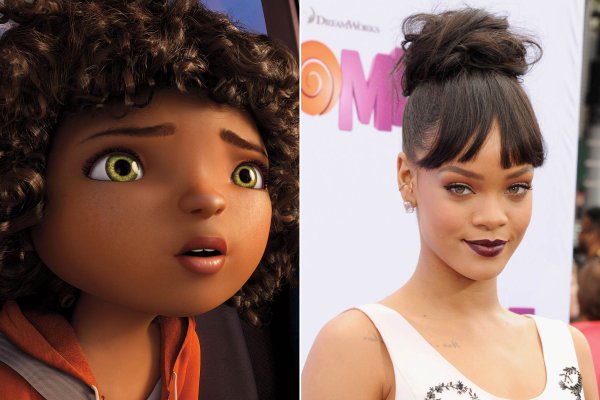