The plunging price of oil over the past nine months has forced many if not most energy companies to cut back drastically on spending, especially on projects in Arctic waters, where exploration and drilling are more difficult and expensive. But the Norwegian government says such delays could pay off in the long run.

The list of companies paring back their plans is long, and exploration in the Arctic Ocean north of Western Europe will decline by half in 2015.

One company is Lundin Petroleum of Sweden, which cites the plunge in oil prices for its plans to drill no more than four exploratory wells in the Barents Sea in 2015. Three other European companies – Vienna-based OMV, Germany’s Wintershall AG and Italy’s Eni – are committed to only one exploratory well each this year. In 2014 these companies together drilled 13 such wells, a record.

Read more: Is Rosneft The Best Buy On The Global Markets?

Meanwhile, Russia’s state-owned Rosneft and Norway’s state-owned Statoil are also drastically reducing plans for immediate investment in Arctic waters. In fact, Statoil has once again postponed any commitment to develop its Johan Castberg oil field in the Barents Sea because the high cost of the project at a time of low oil revenues.

The field is believed to hold between 400 million and 600 million barrels of oil, but would cost an estimated $15 billion to set up new facilities on Norway’s northern coast to develop it. Statoil says a decision on when to begin work on Johan Castberg won’t come any earlier than 2016, maybe 2017.

“We have made significant progress in reducing costs for Johan Castberg,” said Ivar Aasheim, the Statoil executive responsible for sanctioning projects in Norwegian waters. “However, current challenges in relation to costs and oil prices require us to spend more time to ensure that we extract the full benefit of the implemented measures.”

As grim as the news may seem, Norwegian Foreign Minister Boerge Brende says these delays eventually may benefit Arctic oil exploitation by preventing a melee of exploration in an environmentally fragile region.

Brende told an Arctic conference in Oslo on March 12 that the region is heating up faster than most other areas of the Earth because of climate change, and that part of that heating can be attributed to the burning of gas, which emits fully half as much heat-trapping carbon dioxide as coal.

There have been expectations that the Arctic Ocean would soon be open to increased mining, energy exploitation and shipping, Brende said, but they turned out to be too optimistic. “We should be very happy that there was not a‘gold rush,’ ” he told reporters after his address to the Oslo conference. “A‘gold rush’ is not positive, it’s throwing oneself at resources at breakneck speed.

Read more: The Easy Oil Is Gone So Where Do We Look Now?

“The Arctic is a very vulnerable area where we have to go step by step,” he said, being careful to apply strong environmental rules.

Nevertheless, Brende said, “It is safe to assume that Arctic gas will have its day,” because oil and gas will continue to supply the majority of the world’s energy for the foreseeable future and that the Arctic will continue to be a key source of these fossil fuels. 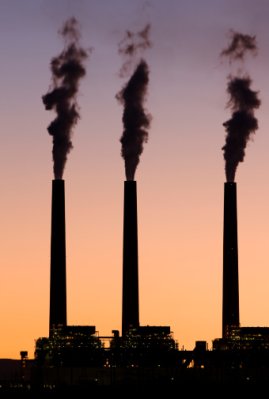 No Country for King Coal — the Changing U.S. Energy Mix
Next Up: Editor's Pick