Experts safely defused a 1,000-lb. bomb from World War II on Tuesday after it was unearthed in southeast London.

The 5 ft.-long bomb, which was 6-9 ft. below ground, had prompted an evacuation of 1,200 homes in Southwark after a construction vehicle discovered the device on Monday, officials said in a statement. As of Tuesday evening, affected residents were allowed to return home, with the bomb defused and removed.

The Southwark area, once the commercial hub of London, had been heavily bombed during World War II. Bombs continue to be discovered decades after the war ended in 1945: between 2009 and 2014, the London Fire Brigade was notified of seven unexploded bombs from World War II. 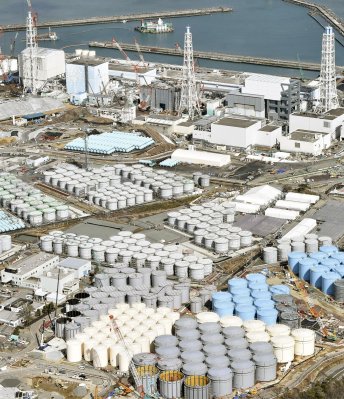 The $6.8 Billion Great Wall of Japan: Fukushima Cleanup Takes on Epic Proportion
Next Up: Editor's Pick