At a meeting of San Francisco’s Board of Supervisors on Tuesday, a local lawmaker returned to an issue that sparked long and contentious hearings in 2014: regulation of the city’s short-term rentals facilitated by Airbnb and similar companies.

“This law is a mess,” David Campos, one of the 11 board members, said of a measure passed last year that legalized short-term rentals. “It’s a mess that needs to be cleaned up. And we need to clean it up as soon as possible.”

Campos introduced legislation that would place stricter limitations on how often people can rent out rooms or homes, putting a “hard cap” of 90 days on every property, regardless of whether the host is present. It would also require companies such as Airbnb to share data about rentals, ban rentals in certain neighborhoods that have been zoned for no commercial use and give disturbed neighbors—like ones living next door to people who rent out units illegally—the right to sue for damages.

A spokesperson for Airbnb said in a statement to TIME that the new proposal is just creating tension over an issue that was settled in 2014.

“Elected officials spent three years debating all aspects of this issue before passing comprehensive legislation, but some folks still don’t think you should be able to occasionally share the home in which you live,” said Christopher Nulty. “We should all be striving to make the law work but these ad hoc rules and this new bill just make things more confusing.”

Campos’ measure has been co-sponsored by two other members of the board.

Under the law passed last year, residents in San Francisco are allowed to rent out their properties an unlimited amount of days if the host is present, while there is a 90-day cap on un-hosted rentals. The different limits were aimed at maximizing the economic potential for residents who depend on sites like Airbnb for income, while making it impossible for landlords to put rental units on those sites full-time. Before the law passed, all short-term rentals were technically illegal; rentals shorter than 30 days were banned.

MORE: 5 Things You Never Knew About the Sharing Economy

The problem, Campos says, is that the city planning commission, which is charged with enforcing the law, says there’s no method of determining when hosts are at home sleeping in their own beds, meaning they cannot monitor whether people are respecting the limits. Campos called the law a “paper tiger” that is “unenforceable” because it has no teeth.

Local lawmakers have pushed for limits on short-term rentals to make sure the sharing economy doesn’t cannibalize existing housing stock. “The concern is you take your unit off the market,” says Supervisor Jane Kim, who supports a 90-day cap.

In recent years, San Francisco has been in the midst of a housing crisis, with the amount of people wanting to live in the city exceeding the apartments that are available—which has sent rental prices skyrocketing. The law was partly aimed at stopping landlords from taking much-needed units off the market because renting them out every night on sites like Airbnb was more valuable than collecting a monthly check. It also legitimized a business popular with tourists and locals.

Kim points out that 90 days per year breaks down to about a week per month, or could be the length of a summer when a college student is out of town. It’s sufficient for what one might consider “regular” hosts who use Airbnb, she says. “If you’re doing more than 90 days, you’re running a business,” she says. Kim believes that people in that camp should apply for a bed-and-breakfast license, which requires hosts to meet more requirements like installing exit signs.

With the aim of making oversight more feasible, Campos’ proposal would require platforms like Airbnb to give the city data about how often properties are being rented through their sites. “Without that data, there’s simply no way of knowing,” Campos says. He adds that Airbnb has responded to previous requests for such data by demanding the city subpoena them and notes that Airbnb has fought such subpoenas in states like New York.

Under the current law, which went into effect in February, all hosts must register with the city before listing a property on a site like Airbnb. Campos says that as of two weeks ago only a few dozen residents have registered, while there are “thousands” of rooms and units being listed on short-term rental sites. In an attempt to incentivize compliance with the law, the proposal would also fine hosting platforms that list unregistered units in San Francisco to the tune of $1,000 per day.

“All of us support short-term rentals,” Campos said of the board members during Tuesday’s meeting. “We know that short-term rentals are part of San Francisco, that they are here to stay … That said, I think that those of us that have been talking about this believe there should be reasonable, fair regulation of this industry,” he continued. “The law that was passed last year does not constitute what we would like to see.”

Read next: Baby, You Can Drive My Car, and do My Errands, and Rent My Stuff… 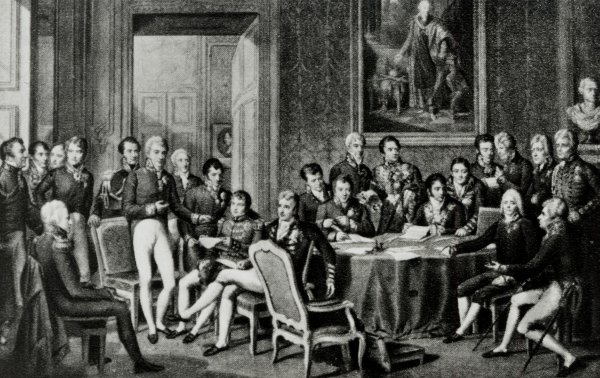 It’s 1815 All Over Again: The Troubling Tale of the Chappaqua Email Server
Next Up: Editor's Pick