In the DIY corner of the internet, buying, selling and trading breast milk is a booming online business—and that’s a dangerous thing, according to a new editorial in The BMJ.

A multidisciplinary team of researchers decided to investigate the practice whereby new mothers buy breast milk from strangers online and feed it to their infants. It’s a practice the researchers conclude is growing—and fastest in the U.S. Some women unable to breastfeed see it as a healthier alternative to formula, and online breast milk is often cheaper than the kind you find at a regulated milk bank, where the milk is screened, collected, pasteurized and stored according to strict protocol, the authors say.

MORE: I Bullied Myself Into Breastfeeding

But the online market for breast milk is almost entirely unregulated and it can put young children at risk. There are no requirements to test sellers for diseases that may transmit by drinking breast milk, like HIV and hepatitis B and C, the piece says. In one 2013 study, a different group of researchers discovered that 21% of milk samples bought online tested positive for cytomegalovirus, a type of herpes virus that spreads through secretions and can have a long-term impact on the immune system.

The health concerns extend beyond hidden viruses, the researchers point out. Another study found that of 101 breast milk samples bought online, 92 of them had detectable bacterial growth—partly because they weren’t pasteurized, and partly because a quarter of them shipped so poorly that they arrived unfrozen or damaged. And breast milk, like most other liquids for which people pay a premium, seems to be a magnet for fraud. Cow’s milk, water and even soy milk are sometimes added as adulterants to dilute breast milk and increase its volume, says editorial co-author Sarah Steele, lecturer at the Global Health, Policy and Innovation Unit at Queen Mary University London.

“As our research has revealed, 75% of mothers go online when they have an issue with infant feeding,” Steele says. “They resort to the internet to find out the information, usually because they’re embarrassed, or because they feel like they’re failing their infant, or because they’re exhausted.” But even though mothers are readily discovering this alternative feeding source, doctors aren’t talking about it, Steele says.

Infants aren’t the only ones drinking breast milk. Some bodybuilding websites tout it as a “natural superfood” for adults or a drink for “post-workout recovery,” Steele says—but the same risks for virus transmission apply.

In the piece, Steele and her co-authors call for more regulation of the industry. “Even healthcare professionals aren’t entirely aware of just how dangerous it is and just how many samples are contaminated,” she says. Despite these risks, “It’s not a small industry,” Steele says. According to her data, one milk-selling website, OnlyTheBreast.com, had 27,000 members last year and gains 700-800 each month. 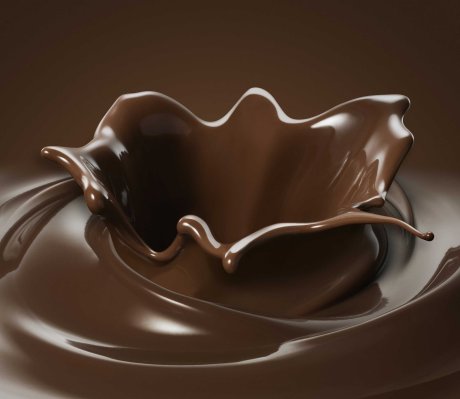 There Might Be More Nutritious Chocolate On the Horizon
Next Up: Editor's Pick