Richard Gere and Julia Roberts in a scene from the film 'Pretty Woman', 1990.
Hulton Archive/Getty Images
By Charlotte Alter

It’s been 25 years since Pretty Woman was released, and even though it’s still one of the most beloved romantic comedies ever, it presents a ridiculously sunny idea of what it’s like to sell sex. Vivian, the prostitute played by Julia Roberts, meets a cute john (Richard Gere), eats some strawberries, goes on a shopping spree, and ultimately ends up with the john, who happens to be a rich and charming guy who buys her necklaces and takes her to the opera.

“I love romantic comedies,” says Marian Hatcher, a sex trafficking survivor who now works as a project manager at the Cook County Sheriff’s office. “Before I was prostituted, raped, beaten, kidnapped, and incarcerated as a result of prostitution, I looked at it as a romantic comedy.” But soon enough, she says, the movie “became an ugly reality.”

More Dear Johns: Actually You Should Be Ashamed to Buy Sex

The movie didn’t always have such an optimistic ending. Screenwriter J.F. Lawton told Vanity Fair his original script ended with Vivian (the Julia Roberts character) staring “emptily ahead” as she rides Disneyland-bound bus with her friend Kit, after getting a final check from Edward. Pretty Woman was originally supposed to be “dark and gritty”– the idea that Vivian and Edward would end up together only happened once director Garry Marshall started to think of the movie as a “combination of fairy tales.”

Not all former sex workers agree. Melissa Petro, a freelance writer and former sex worker who worked as a call girl on Craigslist, says she’s heard of women who have had clients turn into boyfriends, if not husbands. “I had a couple experiences where the lines got fuzzy, including one man who took me on an all expense paid trip to Paris,” she says. “You might say we dated awhile after that. He was young, attractive, intelligent, wealthy– if I were looking for my Richard Gere, I suppose he would’ve been it.”

Petro, who worked in the sex industry to help put herself through college, thinks the movie is more about class climbing than prostitution. “For many sex workers, that’s what prostitution is about– a means of improving one’s socioeconomic condition,” she says.

Hatcher, who was forced into prostitution as a result of domestic violence and who works with trafficked women, disagrees. She notes that, while not all women who do sex work are trafficked, the majority of prostituted individuals she’s worked with have been victimized by someone who has benefited from their abuse. And according to a report cited by the U.S. State Department, 89% of people who work in prostitution globally want to escape. But Hatcher says that for her and the other survivors she counsels, the idea that escape might come from a man who buys sex is preposterous.

Instead, she says, it’s usually the opposite. Instead of taking them to the opera, the men who buy sex are often violent towards prostituted women. “Personally, I was raped, beaten, and kidnapped,” she says. “My victimization in terms of the physical trauma was at the hands of the johns. I experienced very little abuse from pimps, mostly from johns.”

Cook County Sheriff Tom Dart, who has led a national movement to criminalize sex-buyers from his jurisdiction in Illinois, says he thinks Pretty Woman is not just unrealistic, it’s dangerously misleading. As part of his initiative to criminalize the johns over the trafficking victims, Sheriff Dart hires survivors to work in his office– Hatcher is one of them– and he says he’s never heard of a prostitution story ending like this.

“I don’t know if it could be more unrealistic if it were animated,” he said. “Of all the backpage.com arrests we’ve made, I’ve never heard of any instance where the prostitute ends up marrying the john. Never ever ever ever ever.”

“There’s no benefit to anything that suggests there’s a happy ending involved,” he says.

Read next: How to Spot a Sex Trafficking Victim at a Hotel 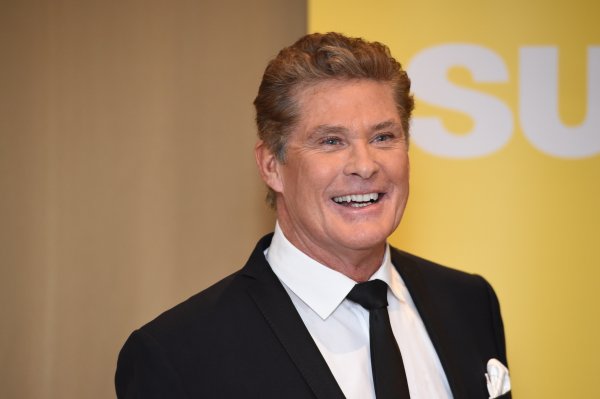 David Hasselhoff on Sharknado 3: 'Worst Movie You Have Ever Seen'
Next Up: Editor's Pick