The X-Files Returns to Fox After 13-Year Break

David Duchovny (L) and Gillian Anderson (R) are shown in a scene from, "The X-Files: I Want to Believe."
Diyah Pera—AP
By James Hibberd / Entertainment Weekly

The truth is right here, and it’s amazing: After 13 years off the air, The X-Files is officially returning to Fox as a limited series.

Stars David Duchovny and Gillian Anderson are back on board, along with creator Chris Carter.

“I think of it as a 13-year commercial break,” Carter said. “The good news is the world has only gotten that much stranger, a perfect time to tell these six stories.”

The only part of this huge news you might not like: There are only six episodes planned.

“We had the privilege of working with Chris on all nine seasons of The X-Files – one of the most rewarding creative experiences of our careers – and we couldn’t be more excited to explore that incredible world with him again,” said Dana Walden and Gary Newman, Chairmen and CEOs of Fox Television Group. “The X-Files was not only a seminal show for both the studio and the network, it was a worldwide phenomenon that shaped pop culture – yet remained a true gem for the legions of fans who embraced it from the beginning. Few shows on television have drawn such dedicated fans as The X-Files, and we’re ecstatic to give them the next thrilling chapter of Mulder and Scully they’ve been waiting for.”

The sci-fi procedural classic first premiered in 1993. It became one of Fox’s first major breakout hits and a pop-culture sensation that went on to last nine seasons and spawn two feature films. The show also earned 16 Emmys and helped pave the way for other prime-time sci-fi shows like ABC’s Lost and Fox’s Fringe. Once again, the series will follow FBI special agents Scully (Anderson) and Mulder (Duchovny) as they investigate unexplained cases.

Carter’s “six stories” comment seems to suggest the series will embrace the show’s original format of focusing on stand-alone mysteries rather than delving into the serialized alien conspiracy mythology that dominated some of the show’s episodes and its first feature film (at least, that’s what I want to believe).

The move follows Fox reviving another one of its hits, 24, for a shortened run last year. The X-Files deal has been in the works since at least January when executives told reporters at the network’s press tour presentation that they were trying to revive the show.

The X-Files will start production this summer. There’s no premiere date yet, and no word if other cast members from the original series will return. 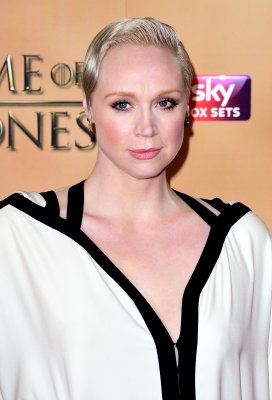 Game of Thrones Actress Says Season 5 Is 'Definitely My Favorite'
Next Up: Editor's Pick