US Senator Ted Cruz( R-TX) smiles at the crowd while delivering remarks announcing his candidacy for the Republican nomination to run for US president March 23, 2015, inside the full Vine Center at Liberty University, in Lynchburg, Va.
Paul J. Richards—AFP/Getty Images
By Alex Rogers

Rand Paul has his sights set on Ted Cruz.

As his Lone Star colleague, Sen. Ted Cruz, announced his candidacy Monday, Paul took to Twitter, asking his following to retweet a two part message: “Stand with … Rand.” His supporters at Virginia’s Liberty University got it, trolling the cameras in red shirts with Paul’s mantra.

Several hours later, Paul went on Fox News’ The Kelly File, which aired an hour before Cruz appeared on Sean Hannity’s show. Paul attacked Cruz for being unable to spread his message past his speech’s largely favorable Christian audience, which, as Paul noted at least twice, were composed of students “required” to attend.

“Ted Cruz is a conservative, but it also goes to winnability,” said Paul, noting that he’s traveled to liberal redoubts like Berkeley, Calif., and spoken at historically black colleges. “I’ve spent the last couple years going places Republicans haven’t gone and maybe not just throwing out red meat but actually throwing out something intellectually enticing to people who haven’t been listening to our message before.”

“That’s the way you win general elections,” he added.

Paul’s double-barreled Internet and TV attacks came before he officially enters the race — he has scheduled a major announcement on April 7 followed by a tour of the early primary states. But they show his primary problem: he is largely competing for the same slices of conservative voters with Cruz even as he tries to expand the traditional Republican electorate.

“I didn’t find much I disagreed with,” said Paul of Cruz’s speech on Fox. “We kind of come from the same wing of the party and if you look at our voting records you’ll find that we’re very, very similar.”

The two conservative senators approach politics through different ideological frames: Paul’s a libertarian who wants a bigger tent in the GOP; Cruz is a conservative who wants to turn out more of the base. “Today, roughly half of born again Christians aren’t voting,” he said in his campaign announcement. “They’re staying home. Imagine instead millions of people of faith all across America coming out to the polls and voting our values.”

But in the Senate, their different paths have often led to the same destination. Both wish to “abolish the IRS,” rein in the National Security Agency, remove the chain of command in military sexual assault cases, pass a flat tax, see states scale back Common Core education standards, reform mandatory minimum sentencing, secure the borders before any type of immigration reform, repeal Obamacare and oppose aid to Syrian rebels. In 2013, several months after Cruz supported Paul’s filibuster over U.S. drone policy, Paul supported Cruz’s 21 plus hours of an anti-Obamacare tirade.

The main differences between the two are stylistic. Paul is running a freewheeling campaign, trying to appeal to constituencies Cruz isn’t addressing, while bucking the GOP leadership on foreign policy issues like normalizing relations with Cuba. But Paul has worked the Senate chamber much better, lining up support from fellow Kentuckian Senate Majority Leader Mitch McConnell, while Cruz has failed to do the same from his Texas colleague, Senate Minority Whip John Cornyn. Both of those members of the leadership team are still incensed with Cruz’s strategy protesting the implementation of Obamacare in 2013 that led to a government shutdown, which briefly battered the party’s image.

The fight between the Tea Party senators extends from the same voters to the same staff. A few top operatives in Cruz’s backyard have jumped to Paul, including Texas GOP Chairman Steve Munisteri and Cruz’s digital strategist, Vince Harris, who orchestrated the nifty little trick of popping up Rand PAC ads every time you searched “Ted Cruz” on Google Monday.

But just Tuesday the New York Times reported that Cruz has recruited three Iowa leaders from Paul’s libertarian base. The polls for the next presidential election don’t close for another 595 days, but the early jockeying between the two colleagues has already begun. 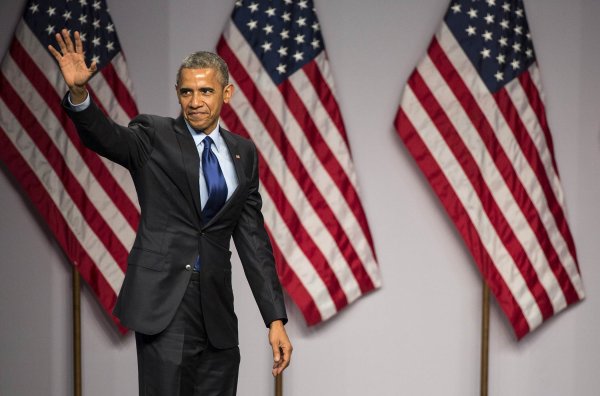