Office Messaging App Slack Could Be Worth Over $2 Billion

There are two types of tech entrepreneurs right now: Those who experienced the dotcom crash, and those who didn’t. Slack founder and CEO Stewart Butterfield is in the former group, which is the only reason I can imagine that he’s once again raising venture capital for his red-hot employee communication company.

Bloomberg yesterday broke news that Slack is in talks to raise new funding at a “valuation of more than $2 billion.” I’d been hearing something similar — but wasn’t able to confirm in time — at a valuation of around $2.5 billion. This morning, a late-stage investor whose firm isn’t participating told me that market talk was now $2.8 billion.

TechCrunch reports that both Coatue Management and Horizons Ventures are among possible new investors. It also said that Slack “is making some early moves to look at potentially replacing co-founder Stewart Butterfield as CEO” — something first denied by a company spokesman, and then later quasi-denied by Butterfield himself via Twitter:

It is not surprising that new investors want a piece of Slack. Nor would it be surprising if insiders like Andreessen Horowitz tried to scoop up more than their pro rata shares. This is a company that, in a very short time period, has come to dominate the internal workflow of many large enterprises (including the one for which I work):

What does seem a bit odd at first glance, however, is that Slack wants the money. For starters, the San Francisco-based company raised $120 million just last October at a $1 billion valuation.

Moreover, Slack didn’t actually need the cash. Instead, Butterfield told Fortune earlier this year that the key was hitting that “arbitrary” valuation metric because it was “the psychological threshold for potential customers, employees and the press.”

It certainly is possible that Slack’s growth has continued to accelerate to the point that some of the $120 million is spent, but plenty still must be lying around.

So my best guess as to what’s happening is that Butterfield is buying himself some bubble insurance. Raise a ton of money while it’s available, just in case the private capital spigots tighten due to any number of factors. Trade off some dilution for lots of certainty. The higher valuation is just a cherry on top.

It’s what experienced entrepreneurs do. Particularly ones who say they’re in it for the long haul. 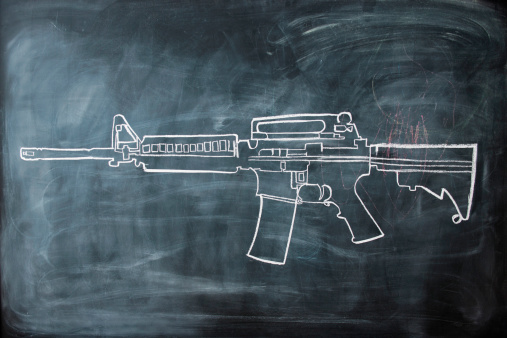 These Are the Companies Profiting the Most From War
Next Up: Editor's Pick