Why the Germanwings Plane Crash Is So Surprising

It was one of the safest types of aircraft in operation today, owned by an airline with one of the world’s best safety records. Yet the flight of an Airbus A320 from Spain to Germany still ended in tragedy on Tuesday when it began to plummet rapidly over the French Alps, crashing into mountainous terrain about two kilometers above sea level. All 150 people onboard, including six crew members, are feared dead in the disaster, which could come as a shock to anyone who tries to steer clear of airlines with a history of accidents.

Germanwings was not one of those. Since it was created in 2002, the Cologne-based airline has never had a major air disaster. Its parent company, the leading German carrier Lufthansa, has one of the best safety records in the world, taking 12th place in a ranking of 60 of its international peers in the latest list compiled by the Hamburg-based Jet Airliner Crash Data Evaluation Centre (JACDEC). The last time Lufthansa had a fatal accident was in 1993, when one of its aircraft overshot the runway on a flight from Frankfurt to Warsaw, killing two people on board as the plane caught fire.

The only potential detail of concern to emerge from the reports of Tuesday’s disaster was the age of the ill-fated plane – 24 years – approaching the end of the A320’s usual lifespan of 25-30 years but still within the bounds of international safety regulations.

Over the past year, the sharp decline in the price of oil may has encouraged some global carriers to maintain and fly older planes instead of buying newer models that use less fuel, according to the International Bureau of Aviation, a consultancy based in the U.K. “The lower fuel price may well prove to influence increased maintenance demand if airlines now consider using their older, less fuel efficient aircraft for longer,” the Bureau’s President Phil Seymour said in an analysis of the market last month.

But that would not in itself impact the safety of the A320, which is one of the most widely used and dependable aircraft produced by Airbus. “The maintenance standards inside Lufthansa group are known world-wide as very high,” the head of Germanwings Thomas Winkelmann told reporters on Tuesday. “As long as you have your maintenance schedule in place and follow all the procedures together with the manufacturer, there is absolutely no issue with the age of an airplane.” Just the day before it crashed, the plane was checked out by Lufthansa safety inspectors, Winkelmann said, and the pilot had ten years of experience and more than 6,000 flight hours behind him.

“The A320 has a fantastic safety record,” Seymour of the International Bureau of Aviation said after the crash on Tuesday. “There have been a couple of incidents, but generally speaking, they’re safer than most aircraft out there now.”

That is part of the reason this latest catastrophe has stunned so many. The total number of fatalities in commercial air transport incidents jumped nearly fourfold last year compared to 2013, making it the second deadliest year for air travel in the past decade. But about half of all those fatalities came from the Asia-Pacific region, including the two planes lost by Malaysia Airlines in 2014, according to JACDEC. None of the carriers affected by last year’s string of tragedies was German.

After Tuesday’s crash, however, doubts are likely to emerge about country’s reputation for excellence in transport safety and technological expertise. “We are going through hard hours,” said German Chancellor Angela Merkel, who plans to travel to the crash site on Wednesday.

Rescue teams on the ground have already found one of the plane’s black box recorders, and though it was damaged it still provides hope of clarity on the causes of Tuesday’s disaster. But with an incident like this in the heart of Europe, it is hard to imagine an explanation that would ease the concerns of the travelers and airliners who do their best to fly only the safest planes.

Read next: Why Airlines Don’t Talk About Safety In Their Ads 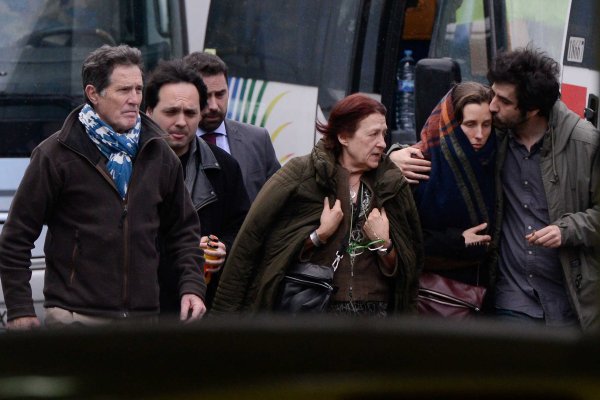 'A Dark Day'
Next Up: Editor's Pick