LMFAO's Redfoo Becomes the First to Leave 'Dancing With the Stars'

Here’s a little behind-the-scenes Dancing With the Stars scoop to start off the recap: I understand that our stars learned as early as Friday the order they would be dancing during My Jam Monday, so Prince Farmer knew before the weekend that he’d get to kick off tonight’s show while Lady Marmalade was rewarded the last dance of the evening. I can’t imagine anything more disheartening—knowing that you aren’t strong enough to open or close the night, and realizing how your middle-of-the-show positioning brings you closer to the ol’ heave ho. And in case you can’t recall (and you probably can’t because his cha-cha was dreadfully forgettable): Redfoo danced fourth to last on opening night—right in the dead zone… Which is probably why he became the first star to leave the dance floor.

And after such a decent jive, too!

Alas, it was not to be. Here’s how Redfoo and the rest of the other stars fared after week 2:

Chris Soules and Witney Carson
He seemed pretty loose at the beginning of his cha-cha but ended up looking as stiff as a corn stalk while dancing to “Time of Our Lives.” “Your Monday jam got in a little bit of a pickle,” Len said. “That was some intricate choreography for the second week!” Julianne added.
Score: 21/40

Suzanne Somers and Tony Dovolani
How nice for Somers to have the camera start on her booty! Fortunately, the 68-year-old’s junk in the trunk looked just as impressive as her fancy footwork as she jived to “Whole Lotta ShakinGoin On.” “Very good job my darling,” Bruno said. “Never sleazy.” “It totally showcased your vitality,” added Carrie Ann.
Score: 28/40

Robert Herjavec and Kym Johnson
His Foxtrot was smooth as silk, even though the show’s choice of music (“You make me feel so young”) made the Shark Tank dude look like he was shooting a commercial for Centrum Silver. “What you have is the supreme selling power, you do everything with such confidence,” Bruno said. “It almost made me a little nauseous, you are so darn cute!” backhanded Carrie Ann.
​Score: 28/40

Charlotte McKinney and Keo Motsepe
After performing her own pretty girl version of Mean Tweets, the Carls Jr. gal performed a pretty limber cha-cha to “California Gurls.” Len said, “It was fun, it was cheeky, and better than last week.” “If you got it flaunt it,” added Bruno. “Don’t give a damn what anyone says.”
Score: 26/40

Michael Sam and Peta Murgatroyd
The footballer and his partner looked gorgeous in red during their sumptuous Foxtrot to “Working My Way Back to You.” “You were going to town!” said Len. “I got scarlet fever here!” Added Julianne: “It was picture perfect.”
Score: 28/40

Rumer Willis and Val Chermkovskiy
She was the gal to beat last week—and absolutely nothing changed Monday night. Her cha cha to “Rumour Has It” was perfection. (And what wasn’t? All the painful Rumer puns. Enough already!) “Your legs are super sharp and super quick,” said Julianne. “What I like about you is that you have a… sharp sense of purpose,” said Bruno. “You have the attack of a warrior on a mission. And mission accomplished.”
Score: 32/40

Redfoo and Emma Slater
His jive to “My Sharona” started weak but he picked up the heat and the bounce by dance’s end. “You killed it! Last week you were all over the place!” said Carrie Ann. “What it lacked in technique it made up in energy,” added Len.
Score: 31/40

Willow Shields and Mark Ballas
Major kudos to the pro’s multi-colored staging of this pretty bitchin’ tango to “Somebody That I Used to Know.” “You have such maturity in your dance,” said Len. Added Julianne, “You came out with such intensity.”
Score: 32/40

Noah Galloway and Sharna Burgess
It didn’t feel much like a samba, but the homegrown honey was smart to open up his shirt. “The rhythm in your hips put a smile on my face,” Len said. “Just button that shirt up, will ya?” Added Bruno: “I can’t believe you can do this.”
Score: 27/40

Nastia Liukin and Derek Hough
The ringer executed again with an exquisite rumba to “Thinking Out Loud.” “That was so beautifully executed, ” said Julianne. “Marvelous motion,” added Bruno.
Score: 34/40

Riker Lynch and Allison Holker
The Hough cousin seemed to have a hair malfunction before his number, but it didn’t stop him from performing a mature Foxtrot to “Sugar.” “Totally slick,” said Bruno. “You maintained the style. Great job.” “You look so handsome, I didn’t recognize you,” Carrie Ann backhanded.
Score: 32/40

Patti LaBelle and Artem Chigvintsev
50 Cent would be proud of Lady Marmalade’s version of the salsa to “In Da Club.” “So Cookie! So Empire!” said Bruno. Wha?
Score: 28/40

Read next: Dancing With the Stars Watch: The First Cut Is the Deepest 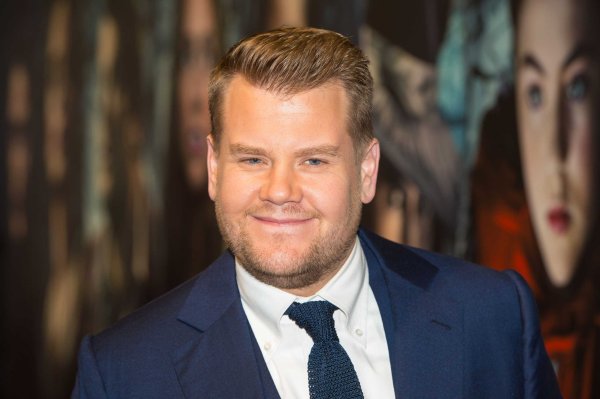