Plane Crashes in French Alps With 150 People On Board

By Conal Urquhart and Victor Luckerson

A commercial plane plummeted for eight minutes before crashing in the French Alps en route from Spain to Germany on Tuesday, with the 150 people on board believed to be dead.

The Germanwings Airbus A320 airplane was flying from Barcelona to Düsseldorf, carrying 144 passengers, including two babies, along with six crew members, Germanwings CEO Thomas Winkelmann said at a news conference. The plane went down near the French village of Digne-les-Bains, high in the mountains, just before 11 a.m. local time, and debris was found nearby.

“We saw an aircraft that had literally been ripped apart,” Bruce Robin, prosecutor for the French city of Marseille, told Reuters after observing the crash zone from a helicopter. There are no pieces of plane debris larger than a “small car,” another French official told CNN.

At least 67 German nationals were on board, officials said. Germanwings, a budget airline, is a subsidiary of Lufthansa. “This is a tragic moment for Lufthansa and it is really a dark day in our history,” Heike Birlenbach, Lufthansa’s vice president for Europe, said at a press briefing.

The cause of the crash is not yet clear. The aircraft had climbed to a cruising altitude of 38,000 ft. before it began its abrupt eight-minute descent, Winkelmann said. The plane lost its signal to air-traffic control at an altitude of about 6,000 ft., shortly before the crash. French aviation officials said the plane never sent out a distress signal, according to the Associated Press (AP). Officials said the black box containing critical flight data was recovered hours after the crash, which should shed more light on what happened.

A spokesman for the U.S. National Security Council told AP that there was no indication the crash was the result of terrorism. At an unrelated news conference about Afghanistan, President Barack Obama offered condolences to the families of the crash victims. “Our thoughts and prayers are with our friends in Europe, especially the people of Germany and Spain,” he said. “It’s particularly heartbreaking because it apparently includes the loss of so many children.” Obama said U.S. officials were still working to determine if there were any American passengers on the flight.

The passengers appeared to include a group of 16 German exchange students who were returning from a visit to a school near Barcelona, according to AP. A spokesperson from the students’ hometown told Reuters there was a “strong suspicion” the students were on the plane but would not officially confirm their presence.

French President François Hollande said that rescue teams did not expect to find any survivors. He later tweeted: “I want to express to the families of victims of the air crash my solidarity. This is a terrible loss, a tragedy.”

The pilot of the aircraft had been flying for Germanwings for more than 10 years and logged more than 6,000 flight hours on the A320, officials said. The aircraft involved in the accident was delivered to Lufthansa in 1991 and was put into use by the subsidiary Germanwings beginning in 2004. The A320 had its last routine safety check on March 23 in Düsseldorf.

Aviation experts said there were several possible scenarios that could have led to Tuesday’s plane crash, though Bruce “Buck” Rodger, president of Aero Consulting Experts and a commercial pilot, described the Airbus A320 as “an extremely safe airplane” that is known for being “pilot-friendly.” The A320 family of aircraft have a fatal accident rate of 0.14 per million departures, which is lower than many other widely used commercial aircraft, according to a study of airplane accidents by Boeing.

The rapid descent of the plane — which Rodger said fell at nearly 5,000 ft. per minute — could mean the plane lost its cabin pressure and had to get to a lower altitude quickly to keep passengers safe.

“It has to descend rapidly to protect everybody,” Rodger said of that scenario, which could have occurred if the plane’s hull was breached.

Another possibility is that the plane malfunctioned and the pilot was unable to control its altitude, Rodger said.

The fact that the crew didn’t send out a distress signal could indicate that the pilots were having difficulty gaining full control of the aircraft or determining their location, says aviation-safety expert Matt Robinson. “When there is a problem, air crews are trained to aviate, navigate, communicate in that order,” he says. “If they were fighting this aircraft or were busy, then communicating the distress would be last on the list.”

With investigators now having obtained the aircraft’s black box, piecing together what happened should be achievable, unlike the Malaysia Airlines flight that crashed in the Indian Ocean a year ago. “It’s not going to be months or years,” Rodger said. “We will have this information quickly.”

— With reporting by Julie Shapiro and Laura Stampler 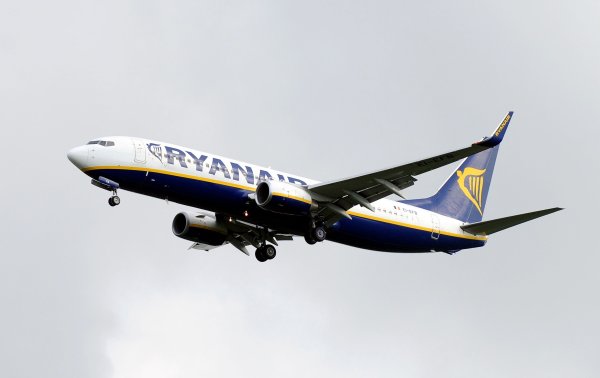 Ryanair Isn't Offering Super Cheap Transatlantic Flights After All
Next Up: Editor's Pick