George Zimmerman, acquitted of criminal charges in the 2012 Florida shooting death of African-American teen Trayvon Martin, says he has a clear conscience and that President Obama sought to provoke racial conflict over the high-profile incident.

In a video interview posted to his lawyer’s website on Monday, Zimmerman says, “President Obama held his Rose Garden speech stating ‘If I had a son he would look like Trayvon.’ To me that was clearly a dereliction of duty pitting Americans against each other solely based on race.”

Zimmerman also says he does not feel guilty about the incident because, he maintains, he did what he needed to do to survive.

“Had I had a fraction of the thought that I could have done something differently, acted differently so that both of us … survived, then I would have heavier weight on my shoulders. In all fairness, you cannot as a human feel guilty for living, for surviving.”

The Department of Justice said last month that no civil rights charges would be filed against against Zimmerman.

The interview was recorded on March 8 by his attorney Howard Iken. 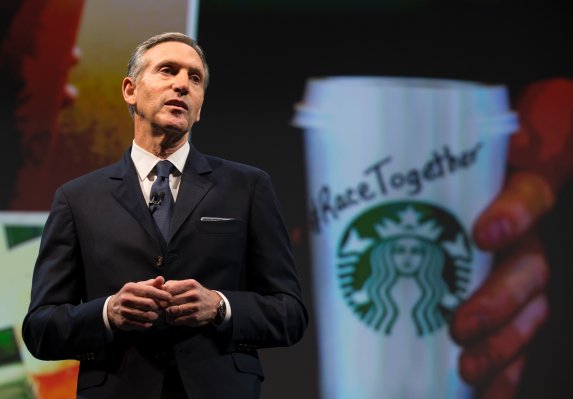 What Starbucks Can Learn About Race From Chipotle
Next Up: Editor's Pick