New SeaWorld Ads Take On 'Lies' About Its Killer-Whale Shows

SeaWorld Entertainment has introduced a new ad campaign as the struggling theme park operator tries to boost disappointing attendance and counter criticism by animal rights groups about its captive killer whales and dolphins.

The ads, which started appearing in print publications Monday, feature SeaWorld’s veterinarians and researchers defending the care of the orcas kept at the company’s parks while refuting attacks by animal rights groups like the People for the Ethical Treatment of Animals. Those organizations have waged campaigns in recent years aimed at shutting down SeaWorld by encouraging a boycott of the theme parks.

“There’s been a lot of misinformation and even lies spread about SeaWorld, and we recognize that it has caused some people to have questions about the welfare of killer whales in human care,” SeaWorld’s chairman and interim CEO David D’Allesandro said in a statement. “This long-term campaign will address those questions head on. We want to provide the facts, so people can make up their own minds on this important issue.”

SeaWorld’s reputation has suffered since the release of the 2013 documentary Blackfish, which accused the company’s theme parks of mistreating its orcas while adding fuel to the debate over whether or not marine mammals should be kept in captivity. Last summer, SeaWorld reacted to the public criticism by announcing it would build larger enclosures for its orcas.

On Monday, SeaWorld said its new ad campaign would look to rebut critics’ claims that orcas in captivity have shorter lifespans than those in the wild. The first of those ads, titled “Fact: Whales live as long at SeaWorld,” cited various independent reports claiming that the life-span of orcas born at SeaWorld’s parks are in-line with those born in the wild.

SeaWorld’s ad campaign, which will eventually include television commercials, will also serve to highlight the company’s plan to commit $10 million to the study of endangered whales in the wild, the company said Monday.

The new ad campaign represents SeaWorld’s latest attempt at revitalizing what has been a flagging business. Last week, the company announced the hiring of its new CEO: Joel Manby, former president and CEO of Herschend Enterprises, the country’s largest family-owned theme park operator. Manby will take over for interim CEO D’Allesandro in early April.

Following last week’s CEO announcement from SeaWorld, PETA’s senior vice president, Lisa Lange reiterated some of the animal rights group’s criticisms of the theme park. “Orcas belong in the ocean with their families, not in small concrete tanks, swimming in endless circles for years on end,” Lange said in a statement.

SeaWorld’s stock rose slightly Monday afternoon. The company’s shares have dipped nearly 40% over the past year, but have seen moderate gains since the company hired Manby last week.

Read next: SeaWorld Aims to Revamp Image After Blackfish Blowback

Most Popular on TIME
1
Twitter Suspends Rep. Marjorie Taylor Greene
2
All the Marvel Clues You Missed in WandaVision's First Two Episodes
3
Why Is America So Divided Today? 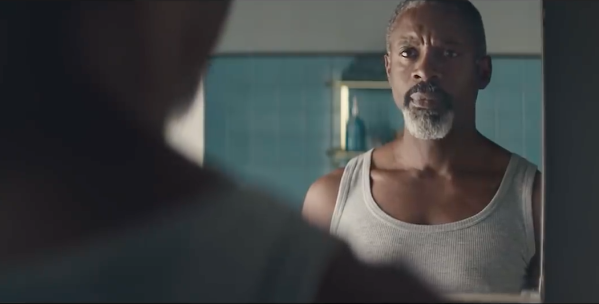