Legally-grown marijuana grows at a dispensary in Denver on May 8, 2014.
Brennan Linsley—AP
By Alex Rogers

Uncle Sam has awarded the University of Mississippi $68.8 million to grow marijuana and analyze it.

The contract awarded Monday by an arm of the National Institutes of Health will go to a marijuana research lab at Ole Miss, which has been the sole producer of federally legal marijuana since 1968. The project is ramping up to grow 30,000 plants, according to the Los Angeles Times.

In its solicitation, the NIH’s National Institute on Drug Abuse mandated a “secure and video monitored outdoor facility of approximately 12 acres” that could handle the “cultivation, growing, harvesting, analyzing, and storing of research grade cannabis,” according to a listing posted on a federal government website. “The indoor facility must be at least 1000 square feet, having controls for light intensity, photo cycles, temperature, humidity, and carbon dioxide concentration,” it added.

The government said it’s interested in developing new methods for growing plants that contain a variety of different levels of tetrahydrocannabinol, the chemical most responsible for pot’s psychological “high” effect, and cannabidiol, a nonpychoactive ingredient claimed in high-profile anecdotes to effectively treat medical disorders like epilepsy.

When the contract solicitation was posted online in August, an NIDA spokeswoman told TIME that the agency was simply starting a new bidding competition since its existing marijuana farm contract was set to expire in 2015.

There are 23 states with laws allowing access to medical marijuana and 18 states that have decriminalized pot, including four states — Colorado, Washington, Oregon and Alaska — that have legalized the drug for recreational purposes. Federal law still classifies marijuana as a drug on par with heroin, LSD and ecstasy. 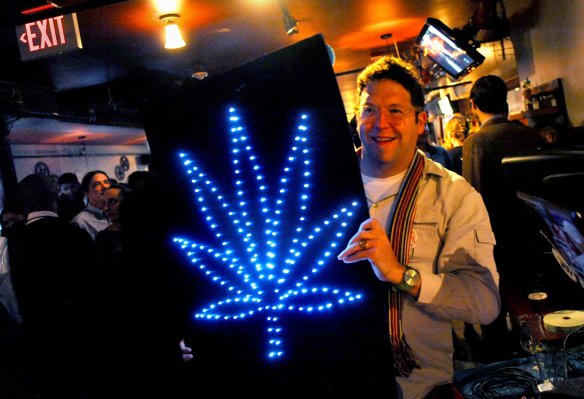