Your Doctor Likely Orders More Tests Than You Actually Need

When you’re rushed to an emergency room, the doctors immediately order a battery of tests to figure out what’s wrong. But while scans and blood draws can tell them an incredible amount about what’s ailing you and the best treatment you should get, study after study shows that all of this testing isn’t actually leading to better care. Now, a new survey of emergency room doctors suggests why.

Of the 435 ER physicians asked about the tests they order for their patients, more than 85% admitted that in general, they call for too many tests, even if they know the results won’t really help them decide how to treat their patients. Reporting in the journal Academic Emergency Medicine, the authors also say that nearly all of the doctors—97%—admitted to personally ordering unnecessary imaging tests.

“So many physicians acknowledged that they ordered tests for no medical reason, which makes it clear that physicians feel enormous pressure to behave in a way they may not want to,” says Dr. Hemal Kanzaria, an emergency room physician at University of California Los Angeles and lead author of the study.

Such unnecessary testing is contributing to an estimated $210 billion in additional health care costs; ideally, appropriately used testing should reduce costs by detecting and diagnosing problems early, so patients can get the right treatments and avoid more expensive care.

The top two reasons the doctors ordered these tests were fear of missing something that would help them diagnose their patients, and protection against malpractice. “The over-testing is not due to lack of knowledge on the physicians’ part or poor medical judgment. It more likely reflects the fact that as a society, we don’t like uncertainty, and that has led to an oversimplification of medical care,” says Kanzaria. “There is the thought that if there is any possibility of disease, then we should do something about it, and if there is any doubt, we should test. If the test helps one patient, then everyone should get the test.” So even when doctors know that a test won’t add much information to their treatment decision, they’re more concerned that the patient will want to know why the test wasn’t performed.

Such decision-making behavior won’t change until more systemic problems in the way health care is delivered and paid for are addressed, the study authors say. They note that the way physicians are held accountable for medical decisions also needs to change, and patients need to become more involved in treatment decisions. That way, they say, the cultural expectation that doctors can never get a diagnosis wrong may start to fade. Doctors also need to be better trained and educated about the latest technologies and which patients will benefit most from them, they add.

The doctors also said that they’d welcome patients becoming more involved in the decision-making process. There isn’t data suggesting that such shared decision-making would reduce unnecessary testing, but if doctor and patient are more open about the reasons for testing or not testing, then perhaps fewer tests might be done for non-medical reasons.

“We need to be more cognizant of the culture within and outside of medicine that contributes to over-testing, and we need to address these systems and drivers,” says Kanzaria. “That’s what I hope will result from this work.”

Read next: Ebola Continues to Punish Survivors One Year After Start of Outbreak 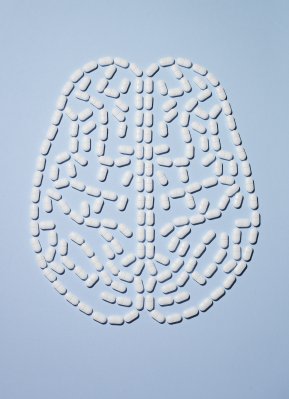 A Pill Could Make People More Compassionate
Next Up: Editor's Pick