Serial's Adnan Syed Sets Out His Case for a New Trial

Adnan Syed, whose murder conviction was brought to international attention by the hit podcast Serial, has made his case for a new trial.

Maryland’s Court of Special Appeals gave Syed permission to reopen his appeal last month, on the premise that his original trial attorney gave him ineffective counsel. On Monday, his lawyers filed a 31-page brief claiming Christina Gutierrez didn’t interview a potential witness and didn’t seek or look into the possibility of a plea bargain, the Baltimore Sun reports.

The brief states that the “complete failure” of attorney Christina Gutierrez—who was disbarred in 2001, and died in 2004—to investigate the claims of Asia McClain, a classmate of Syed who offered him an alibi that was not used in his defense, was “not an innocent mistake.” Rather, “it was a complete failure to follow her client’s wishes, a decision to lie, and a decision that any reasonable attorney would know could very well cost the defendant his case — precisely what happened.”

McClain has long said that she saw Syed in the library at the time the prosecutors argued he killed ex-girlfriend Hae Min Lee in 1999. Her claim, which she wrote in a letter to Syed soon after his arrest, was featured prominently in the Serial podcast.

The Attorney General’s Office can contest the claims made in the brief by April 20, and then Syed’s counsel can reply 20 days later. 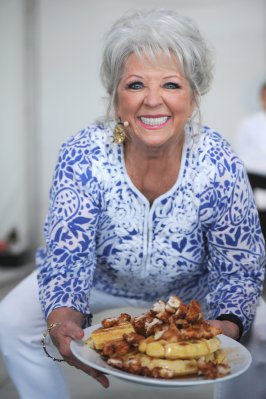 Paula Deen Will Launch Her Own Cooking Podcast
Next Up: Editor's Pick