A father and his eight-year-old daughter have created a stop-motion adaptation of Jurassic Park using $100,000 worth of LEGOs to make the sets and cars. Produced by the Los Angeles-based Digital Wizards Studios, the video took three months to make.

In the past, the duo has parodied blockbuster films such as Batman, Lord of the Rings, Star Wars, Toy Story and Pulp Fiction. 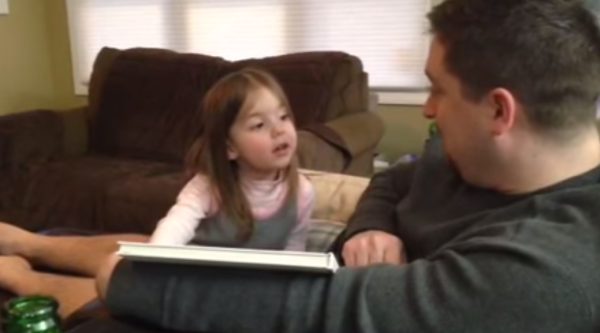 This Little Girl Has the Best Reaction When She Finds Out She's Becoming a Big Sister
Next Up: Editor's Pick