—The accuser in a high-profile sexual assault case had numerous inconsistencies in her story, police in Virginia said Monday, as they released the findings of an investigation into an alleged fraternity house gang rape that catapulted the University of Virginia into the center of the national debate over college sexual assault.

Charlottesville Police Chief Timothy Longo said investigators were “not able to conclude to any substantive degree” that the gang rape depicted in a Rolling Stone article last year had taken place. He said the accuser, who the magazine had identified in the article only as Jackie, refused “to give a statement or answer any questions” by detectives. Longo pointed to several other inconsistencies, many of which had been revealed by subsequent news accounts, including that there was “no evidence that a party had taken place” at the fraternity house on the date of the alleged crime. And he said the investigation was being suspended pending new evidence.

“We’re not able to conclude to any substantive degree that an incident [happened] that is consistent with the facts in that article,” Longo told reporters. “That doesn’t mean that something terrible didn’t happen to Jackie… we were not able to gather facts on what that meant.”

Some students were disheartened that the police inquiry couldn’t offer more answers. “Just because this first round of evidence didn’t bring anything new to light, that doesn’t mean that there’s not something worth investigating,” says Ashley Brown, a senior at UVA who leads One Less, a sexual assault advocacy group at the university. “I would urge the public to be patient, to explore every option and then some before we write this girl off.”

Monday’s news conference came after another difficult week for UVA, with the violent arrest of black 20-year-old student Martese Johnson by white law enforcement officers prompting more outcry and protest on campus. Video of the arrest, which showed him shouting “you f–king racists” as officers slammed him onto the ground and blood streamed down his face, went viral.

Charlottesville police began their sexual assault inquiry after the November story in Rolling Stone depicted the alleged gang rape of a student at the hands of seven men at the Phi Kappa Psi fraternity house while two men looked on in encouragement. The story described in painful detail a horrific scene, a rape that Jackie said ended with her leaving the fraternity house while a party was still going on, her dress spattered with blood. The extraordinary nature of the crime described in the story sparked wide attention to the problem of campus rape.

The story rocked the campus at UVA, causing hundreds of students and faculty to march through Charlottesville in protest against what they called the university’s mishandling of rape allegations brought by students. The fraternity suspended the campus chapter of Phi Kappa Psi. UVA President Teresa Sullivan put a halt to all social activities at Greek organizations on campus and promised to fix the university’s problems with sexual assault.

But it wasn’t long before the story’s veracity was thrown into doubt, with the Washington Post, among others, pointing to discrepancies in Jackie’s story. Rolling Stone eventually questioned the story itself and commissioned an external review by the Columbia University School of Journalism, the results of which are expected to be released in the coming weeks. “In the face of new information, there now appear to be discrepancies in Jackie’s account, and we have come to the conclusion that our trust in her was misplaced,” the magazine said. (It amended the statement after criticism that it was blaming Jackie.)

Sullivan nevertheless promised to move forward to reform UVA’s response to sexual assault. “Even though the facts in the Rolling Stone story are in dispute, sexual misconduct does occur and it has no place at our University,” she said in December. “We will continue our efforts to improve our policies and practices.”

In January, the Charlottesville Police Department cleared Phi Kappa Psi of involvement in the rape and the fraternity was reinstated at UVA.

Sullivan and the fraternities on campus reached an agreement that month to add security personnel at the door for parties, eliminate kegs and mixed alcoholic drinks, and limit drinking to beer served in the original can and wine poured by a sober fraternity member.

MORE: Bloody Arrest Puts University of Virginia Back in the Spotlight 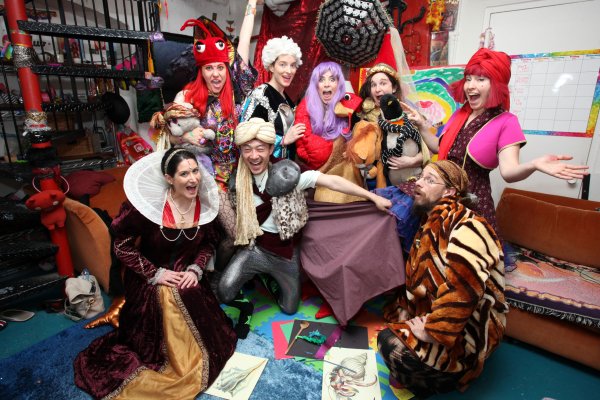 Now There's Preschool for Adults
Next Up: Editor's Pick