California rolled out new television and digital ads about the dangers of e-cigarettes on Monday.

The new ads air just two months after the California Department of Health (CDPH) declared e-cigarettes a public health risk, and warned Californians to stay away from them. The new ads are part of the agency’s new campaign called “Wake Up,” which suggests e-cigarettes are just another mass marketed product with serious health consequences.

Both ads feature songs from the ’50s and ’60s, when traditional cigarette marketing was prevalent. One ad titled “What Could Go Wrong” underlines the fact that Big Tobacco is also involved in the e-cigarette market. The ads call e-cigarettes “a new way to inhale toxic chemicals.”

“California has been a world leader in tobacco use prevention and cessation since 1990, with one of the lowest youth and adult smoking rates in the nation. The aggressive marketing and escalating use of e-cigarettes threatens to erode that progress,” said Dr. Karen Smith, the CDPH director and state health officer, in a statement. “Our advertising campaign is telling the public to ‘wake up’ to the fact that these are highly addictive products being mass marketed.”

In a health advisory released by the CDPH in January, the state reports that e-cigarette use has spiked among California teenagers and young adults. 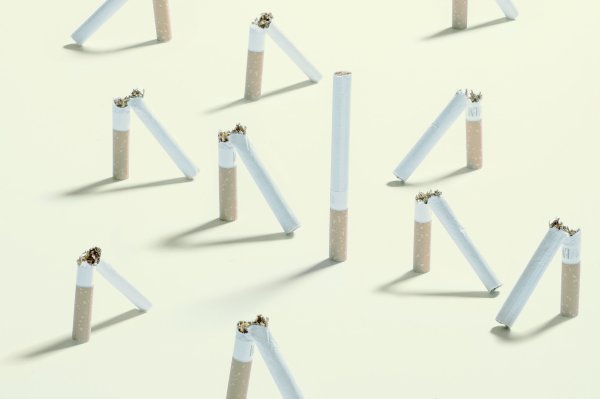 This Is Not a Good Reason to Smoke Cigarettes
Next Up: Editor's Pick