Archeologists have discovered ruins in a remote jungle region of Argentina that are believed to be Nazi hideouts intended to act as safe havens if Germany lost World War II.

Inside three run-down buildings in the Teyú Cuaré park, near the border with Paraguay, researchers found five German coins minted during the Nazi regime and a porcelain plate marked “Made in Germany,” the Clarín newspaper reports.

“Apparently, halfway through World War II, the Nazis had a secret project of building shelters for top leaders in the event of defeat — inaccessible sites, in the middle of deserts, in the mountains, on a cliff or in the middle of the jungle like this,” team leader Daniel Schávelzon told Clarín.

In fact, the hideouts would prove unnecessary because after the war then Argentine President Juan Perón allowed thousands of Nazis, and other European fascists, to resettle in the South American nation. Most notorious among them was arguably Adolf Eichmann, a leading architect of the Holocaust, who in 1960 was found in Argentina by an Israeli intelligence group. He was abducted and eventually executed in Israel for his crimes.

Read next: How a Speech Helped Hitler Take Power 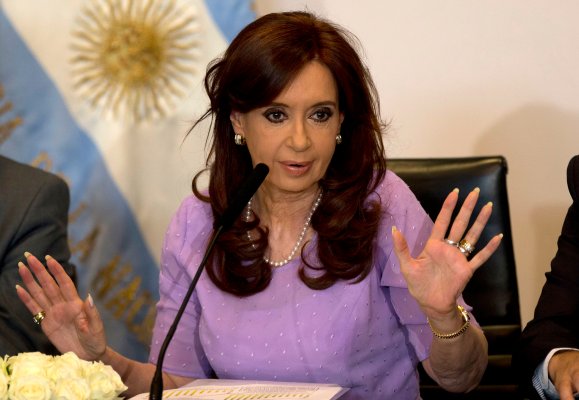