A Doctors Without Borders (MSF), health worker in protective clothing carries a child suspected of having Ebola in the MSF treatment center on October 5, 2014 in Paynesville, Liberia.
John Moore—Getty Images
By Helen Regan

Paris-based Doctors Without Borders (MSF) has slammed the international community’s slow response to the Ebola outbreak in West Africa, saying it cost thousands of lives that could otherwise have been saved.

The leading international medical charity released a report Monday coinciding with the one-year anniversary of the outbreak’s start. It said warnings that the disease’s spread was out of control were dismissed as alarmist and that early calls for help were ignored by local governments and the World Health Organization (WHO), reports Reuters.

“For the Ebola outbreak to spiral this far out of control required many institutions to fail. And they did, with tragic and avoidable consequences,” said MSF’s general director Christopher Stokes in the report.

MSF dubbed the response a “global coalition for inaction.”

The Ebola epidemic has killed more than 10,200 people over the past year, most of those deaths were in the three worst affected West African countries of Guinea, Liberia and Sierra Leone.

MSF first declared there was an Ebola outbreak at the end of March last year but this was rejected by the WHO. Three months later the body officially confirmed the outbreak.

The governments of Guinea and Sierra Leone also downplayed the epidemic, according to the report, and Sierra Leone withheld crucial data that prevented MSF from identifying affected villages.

“The Ministry of Health and the partners of Kenema hospital [outside the capital Freetown] refused to share data or lists of contacts with us, so we were working in the dark while cases kept coming in,” said MSF’s emergency coordinator in Sierra Leone, Anja Wolz.

By the end of August, medical centers were overwhelmed and health workers were forced to turn away infected patients.

“We had to make horrendous decisions about who we could let into the center,” said MSF coordinator Rosa Crestani. “We could only offer very basic palliative care and there were so many patients and so few staff that the staff had on average only one minute per patient. It was an indescribable horror.”

Numbers of Ebola cases are falling but MSF say the outbreak isn’t over yet. Liberia recorded its first new case in more than two weeks on Friday, Sierra Leone launched a national lock down over the weekend and cases in Guinea are rising again after a dip earlier in the year. 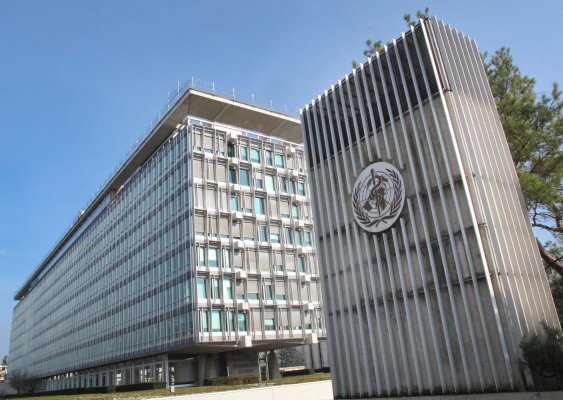 U.N. Health Agency Accused of Dragging Heels on Ebola
Next Up: Editor's Pick