Matrix franchise aficionados and Lego geeks can revel in a new YouTube re-enactment of the famous lobby-fight sequence from the original 1999 sci-fi action film. Shot scene-for-scene with Legos plastic toys, Reddit user Snooperking animated every minute detail from Trinity running up walls and Neo cartwheeling while volleys of plastic bullets knock cubic chunks out of the walls.

On Reddit, Snooperking said he toiled for approximately 160 hours to re-enact the iconic scene over three months. “I could only do like up to two hours a day before I got sick of it and had to play Battlefield,” Snooperking said. He selected the complex fight sequence to challenge himself to improve his animation skills, after creating a Star Wars Lego video in 2014.

To get a sense of the sheer patience required to reconstruct the Matrix scene with plastic Legos, Snooperking also offers a behind-the-scene video. 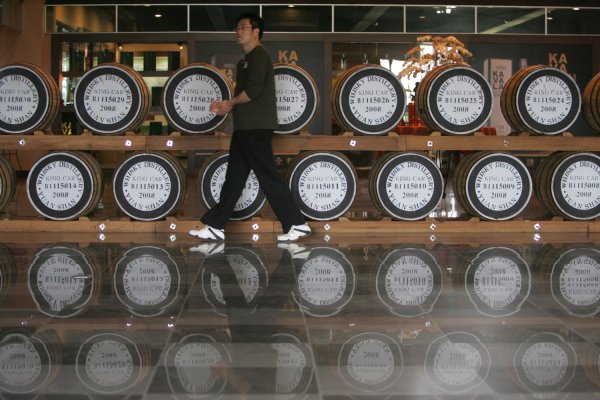 You Won't Believe Where the World's Best Whiskey Is Made
Next Up: Editor's Pick