Addressing a harbor-side reception Saturday at an exclusive retreat for donors to the Republican National Committee, the Garden State governor appeared to criticize Wisconsin Gov. Scott Walker, without mentioning him by name, for adjusting his positions to curry favor with early state voters.

“We need to make sure that we make our party bigger and broader than it’s been before,” Christie told a sunset gathering of about 250 donors who have given more than $15,000—and as much as $330,000—to the GOP. “And that’s not about pandering, it’s not about flip-flopping on issues.” Walker stood a few dozen feet away mingling with the well-heeled crowd. “People want folks who they believe believe in what they say and don’t change depending on what state they’re in,” Christie continued.

Walker, who has surged in the early polls at the expense of Christie, has come under fire for changing his position on immigration reform, as well as other issues, in a bid to appeal to voters in Iowa and New Hampshire. Last week, Walker denied being a flip-flopper on immigration, saying he was simply listening to the will of the people. Both Christie and Walker have backed away from their previous support of the Common Core education standards.

Christie, who is seeking to reassert his influence within the presidential field, said voters instead want politicians who will tell them the truth. “The fact is you don’t have to change your positions,” he continued. “I’m proudly pro-life and I’ve run twice as a pro-life candidate for governor in one of the bluest states in the country.” During his 2014 re-election campaign, Walker ran an ad announcing that despite his own pro-life beliefs he supported a an ultrasound bill that “leaves the final decision” of an abortion “to the woman and her doctor.”

Christie took another veiled shot at Walker, who has boasted in recent months that he succeeded as a Republican in a state that has voted for Democratic presidential candidates since 1984. Christie pointed out that the state of New Jersey also had deep Democratic roots. “There will be other states who will try to compete with us,” Christie said, “but I’ll just give you one statistic, we have not elected a Republican to the U.S. Senate in 42 years. It is the longest streak of any state in the country.”

Christie opened with a critique of President Barack Obama’s foreign policy, saying French concerns about the emerging nuclear agreement with Iran highlight Obama’s failures. “America is less respected, less feared, and less effective than we’ve been at any time in recent history,” Christie said. “We know that that’s all the result of the fact that the President of the United States doesn’t know how to lead, has never understood how to lead, never understood strength.”

Referencing the RNC’s focus on data in the run-up to the presidential election, Christie said no amount of data could correct for a bad candidate. “The fact is our focus needs to be who is going to connect with the American people and all the American people, not just the one’s we’re used to connecting with,” he said.

Noting his efforts to reach out to Hispanic and Black communities in New Jersey during his re-election, Christie called on Republicans to make a more concerted effort to listen to those who traditionally vote for Democrats. “We need to start listening and showing respect to those constituencies that we want to have part of our team,” he told donors.

Christie also called on the party to show its humorous side, saying the party needs to show voters a path toward bettering their pursuit of happiness, and not just life and liberty. “We should have some fun too,” he said. 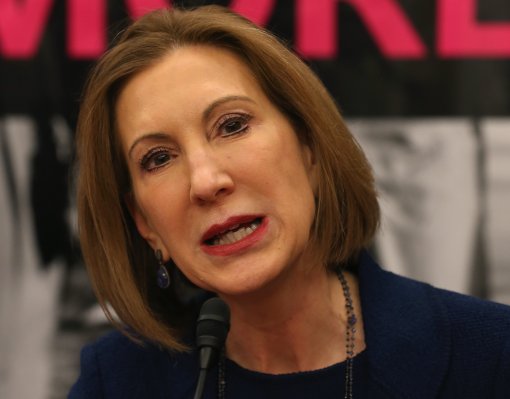