There Could Soon Be a Pill to Make Us More Compassionate

Biology may have a lot to do with our behavior, especially in social situations. And that means our social interactions could be manipulated by a pill.

In the study, 35 men and women visited the labs two times; each time they were randomly given a pill that keeps levels of dopamine, which is involved in reward and satisfaction, or a placebo. Neither the participants nor the scientists knew which pills were given when. The volunteers were then asked to divide money between themselves and a strangers.

When the researchers analyzed the results, they found that when the people were given the dopamine drug, they were more likely to share the money equitably compared to when they took the placebo.

The results certainly aren’t the answer to promoting more compassion in society, but they do hint that behaviors like social interaction might be affected by changing basic biological systems in the brain. “We have taken an important step toward learning how our aversion to inequity is influenced by our brain chemistry,” Ignacio Sáez, one of the study’s authors and a postdoctoral researcher at Berkeley’s Haas School of Business, said in a statement. “Studies in the past decade have shed light on the neural circuits that govern how we behave in social situations. What we show here is one brain ‘switch’ we can affect.” 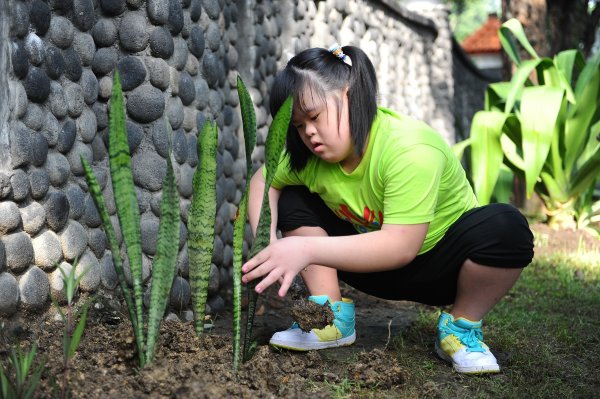 5 Things to Know on World Down Syndrome Day
Next Up: Editor's Pick