Yes, You Can Be Too Happy

Every workplace has one: That super-cheerful, bubbly co-worker who — if we’re going to be really honest here — probably drives you up the wall a little bit.

Don’t feel bad. As it turns out, you’re probably a better worker than they are. A new study finds that happiness makes people productive in the workplace, but only up to a point. After a certain threshold, being too happy contributes to a lack of motivation — probably not exactly what the boss wants.

Researchers surveyed hundreds of workers about how happy they were as well as how often they perceived themselves practicing “proactive behaviors” like speaking up about issues and problem-solving.

“Positive affect can reach a level such that employees perceive that they are doing well and it is not necessary for them to take initiatives, thereby reducing their proactive behaviors,” lead author Chak Fu Lam of Suffolk University writes. In other words, if you already think everything is terrific, you won’t be motivated to make improvements, which is something every workplace — no matter how good an environment or how successful a company — still needs.

As surprising as this might sound, this isn’t the first data point that suggests the perennially perky might also be lackadaisical when it comes to, well, actually getting stuff done. A 2013 survey conducted by consulting firm Leadership IQ found that at more than 40% of companies, low performers said they were the happiest and most engaged at work. (Of course, this might be because they treat their workplace like a place to hang out for eight hours and socialize over free coffee rather than a place to do their jobs.)

“Low performers often end up with the easiest jobs because managers don’t ask much of them,” Leadership IQ CEO Mark Murphy told the Wall Street Journal. What’s more, this survey showed that these workers were utterly clueless about how bad they were at their jobs. They were more likely to tell surveyors that all employees lived up to the same standards.

But this doesn’t mean you’re resigned to scowling and picking up their slack. Instead of focusing on at-work happiness, it’s more useful to set a goal of thriving at work, says Gretchen Spreitzer, professor of management and organizations at the University of Michigan and another one of the study’s authors. “When one is thriving they have the joint experience of feeling energized and alive at work at the same time that they are growing, getting better at their work, and learning,” she says.

Thriving also gives you better focus than happiness, Spreitzer points out, which has a positive effect on performance. “High-focus work probably needs less activated positive energy,” she says. “If we are all hyped up, it may be harder to focus and get difficult or tedious work done.” Rather than being complacent, people who thrive at work are motivated, she says. “It is a more engaged positive emotional state than happiness and, I think, is more appropriate to think about in a workplace context.” 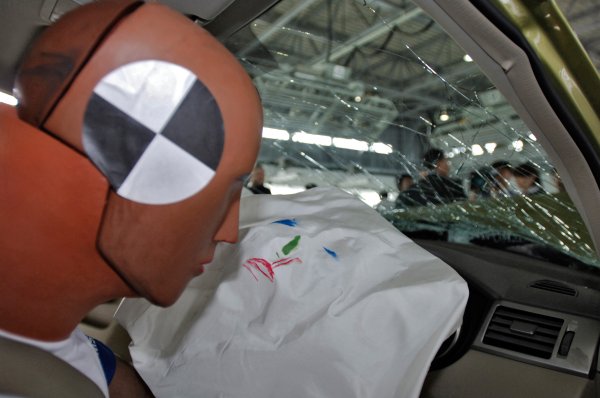