29 Books That Will Enrich Your Inner Literati

Answer by Cristina Hartmann on Quora.

For anyone who wants to attain the vaunted title of “being well-read,” it’s more about breadth than depth. (As for feeling well-read, read the postscript.)

To “feel” well-read in literature, it’s all about the categories, not the books themselves. Read a few books in a few different genres, time periods, points of views. I’ve thrown in a few controversial books, just so you know what all of the fuss is about.

Here’s how you can feel like a regular literati!:

Western Classics (Ancient & Modern): to give you a good foundation for the who’s who of Western literature.

Dystopia: the stuff of our worst fears and nightmares.

Science Fiction & Fantasy: we can’t overlook the geeky cousin of the classics, can we?

Popular Fiction: those guilty indulgences that everyone has read (but won’t necessarily admit to it). Warning: this is U.S.-centric, feel free to indulge in your country’s guilty pleasures.

Immigrant Experience (U.S./U.K.): ah, the magical experience of being thrust into a new culture.

Non-Western Classics (Ancient): if Westerners get theirs, so should the rest of the world.

Non-Western Classics (Modern): the stuff that you should read to feel worldly and well-read. (More applicable if you’re from the U.S. or Western Europe.)

Satire: throw in a little giggle into your reading list.

This is where I reach the end of my endurance. I haven’t even gotten into the non-fiction stuff, but alas … I must eat.

With this list, you’ll feel like you can dominate the Trivial Pursuit literature section! Life is good.

Postscript: since this question is more about sentiment than reality … I hate to break it to you, but if you’re truly a well-read person, you will never feel well-read. They’re always on the lookout for their next book—that category that they’re missing—to add to their impressive list. It’s a Sisyphean goal, really.

If you feel well-read, you’re probably not.

This question originally appeared on Quora: What books should one read to feel well-read?

Read next: 15 Life-Changing Books You Can Read in a Day

Correction: The original version of this story misstated the title of the book Things Fall Apart. 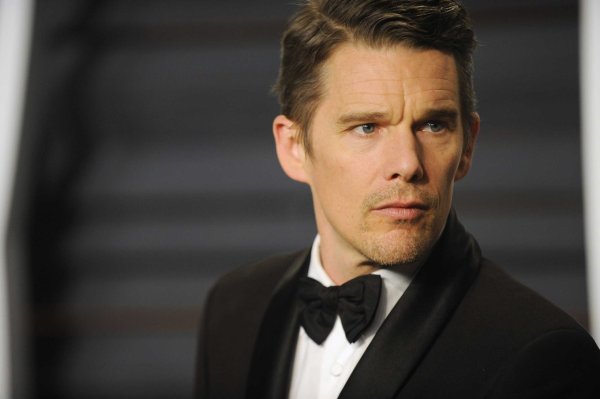 Ethan Hawke's Rules for a Knight to Hit Bookstores This Fall
Next Up: Editor's Pick