For many children, half their daily calories come from school lunch
Yellow Dog Productions—Getty Images
By Alice Park

If everyone had a personal chef, we’d all eat better. And if every school had a chef overseeing its recipes and menus, then kids would eat better too, right?

That’s the idea behind the latest study published in JAMA Pediatrics. With 32 million children in the U.S. eating school lunches—some of those at schools where pizza is considered a vegetable—there’s a movement to bring healthy food to the school cafeteria. But could a chef really make a difference?

MORE: Here’s What School Lunches Around the World Look Like

The answer, as Juliana Cohen from the Harvard School of Public Health and her colleagues found out, is a resounding yes. The First Lady’s Chefs Move to Schools program and the Smarter Lunchrooms movement have pushed two new ways of bringing healthier fare to students: by hiring chefs to work in school cafeterias, and by something they called a “smart café” system: strategically placing healthy foods like fruits and vegetables more prominently in lunch lines.

To test each strategy, as well as the two methods together, Cohen went to 14 schools in low-income Massachusetts urban areas and watched what 2,638 students in 3rd grade through 8th grade put on their trays and ate during lunch for seven months. Some schools were randomly assigned for the first three months to work with a chef to develop and modify recipes, some simply focused on the placement of healthy food, and some did both. The scientists studied what was left on the students’ plates as a way to determine what and how much of their food the students were eating.

MORE: Michelle Obama Bites Back at Critics of Her Healthy School Lunch Standards

At the chef schools, the chances that the students selected fruit from the lunch line increased threefold compared to schools without a chef’s influence, and the odds that they actually tried some of the fruit increased by 17%. Researchers saw similar boosts with vegetables; students in the chef schools were nearly three times as likely to choose veggies, and 16% more likely to actually eat them.

When the researchers looked at the schools that used both the chefs and the smart café strategies, the results were more mixed. Interestingly, the combination did not significantly affect the chances that students would grab fruits, but it dramatically increased the odds that children would pick up vegetables, compared to schools without either intervention.

“We were quite surprised to see that when we looked at the combined smart café and chefs, there was no additional benefit beyond the impact of the chef,” says Cohen, a research associate in the department of nutrition. “Really it’s the impact of the chef that is driving the increase in consumption. We also saw that chef schools also increased selection as well, so there is a double benefit in these schools.”

What the results highlight is that smart architecture and strategic placing of healthier foods in more prominent positions isn’t enough to get kids to eat them. But having a chef prepare school lunch does the trick.

MORE: Lunch Brought From Home is Unhealthier Than Cafeteria Food

At the schools assigned to use a chef, the chefs tested new recipes and gave out samples for students to try, as well as encouraged them to try new things, presumably those containing more vegetables and fruits. “Knowing that the chef inspired the recipes can change the mentality around cafeteria food,” says Cohen. “And having the chefs there showed the kids that the school cared about them, and cared about what they were feeding them.”

Cohen doesn’t see hiring full time chefs as a realistic or practical option for most school districts, but does suggest having several districts pool their resources to share a chef for training and nutrition education. At the schools in the study, some saw cost savings because the chefs not only revamped menus but helped staff with inventory control and more efficient use of their supplies. “They will gain long-lasting skills,” she says, noting that once they are trained, cafeteria staff could come up with their own additions and modifications to menus over time.

There won’t be a single easy fix to improving school lunches, and each school may need to find its own solution, but if Cohen’s study proves one thing, it’s that when it comes to getting kids to eat something — anything — taste is key. Even if it’s nutritious, if it tastes good too, students will eat it. 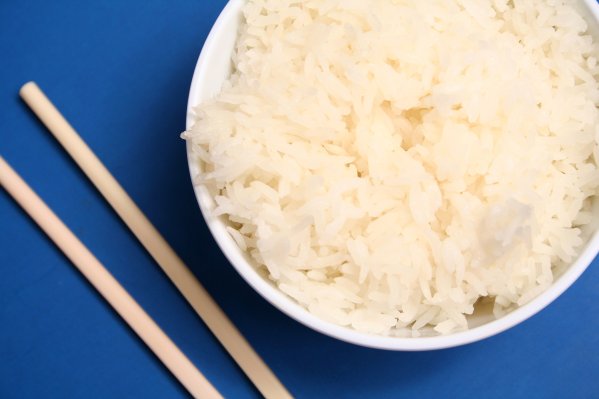 This Cooking Trick Cuts Rice Calories in Half
Next Up: Editor's Pick