Last year, Woodley told TIME she was against the use of the term as “I love men, and I think the idea of ‘raise women to power, take the men away from the power’ is never going to work out because you need balance…My biggest thing is really sisterhood more than feminism.” Promoting her latest film Insurgent, 23-year-old Woodley posed for NYLON’s April cover and elaborated on her evolving thoughts on feminism:

MORE: Shailene Woodley on Why She’s Not a Feminist

She also objects to the media scrutiny of everything she says. “I mean, if we spent as much energy focusing on the genocide that’s going on right now in parts of Africa as we spent on that one article, think about what we could accomplish,” she said, although it was not immediately clear from NYLON’s excerpt to which article she was referring. “Change is not going to come from focusing on the small things that actors say.” 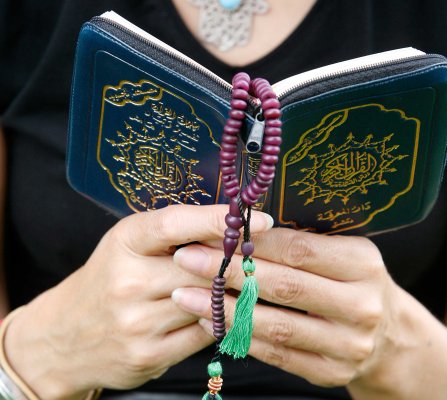 Muslim Women Are Fighting To Redefine Islam as a Religion of Equality
Next Up: Editor's Pick