A group claiming allegiance to the Islamic State of Iraq and Greater Syria took responsibility for the suicide attacks that killed at least 137 people in Yemen’s capital city on Friday — but at least one expert has said the ISIS claim is “not credible.”

The claim was made online by a group that says it is the Yemeni branch of ISIS, the group that seized swathes of territory in Iraq and Syria, the Associated Press reports. If true, it would mark by far ISIS’s largest attack in Yemen, where sectarian tensions have already spilled over into violence without intervention from ISIS.

But Bruce Riedel, director of the Intelligence Project at the Brookings Institute said it was likelier to be al-Qaeda in the Arabian Peninsula (AQAP), the terror network’s powerful affiliate in Yemen that opposes the Shi’ite rebels, known as the Houthis, who seized the capital last year. “ISIS’s claim is not credible,” he said. “The attacks in Sanaa are more likely AQAP, which has both capability and intent. But ISIS may find a following in Yemen given the chaos and sectarian violence.”

ISIS’s spread in Syria and Iraq has been curbed by U.S.-led coalition airstrikes, but the group has expanded into countries like Libya—where violence has fueled a power vacuum—by drawing support from local militants. Whether it has a foothold in Yemen remains unclear.

“In Yemen, it has never been particularly clear that ISIS had any presence whatsoever, nor what the relationship between al-Qaeda and ISIS is in Yemen,” said said Belkis Wille, a Yemen and Kuwait researcher with Human Rights Watch.

During Friday’s noon prayer, when the mosques are most crowded, a suicide bomber detonated explosives at the al-Badr mosque while another attacked amid the ensuing panic, the AP reports. At least one other suicide bomber exploded at the al-Hashoosh mosque across the city. By Friday evening, the death toll from the attacks on the predominantly Shi’ite mosques had risen to 137, according to the rebel-owned Al-Masirah TV channel

There’s no scarcity of potential perpetrators in Yemen, a deeply splintered country where a standoff between the country’s president and the Houthis has exacerbated tensions. In February, the Houthis, who swept into the capital months earlier, dissolved the parliament and put President Abdel Rabbo Mansour Hadi under house arrest. Hadi, who the UN still recognizes as the legitimate president, escaped Sana’a and fled to the southern city of Aden, where he has declared a rival government.

On Thursday, a day before the suicide bombings, Aden was rocked by gun battles between forces loyal to Hadi and those loyal to longtime President Ali Abdullah Saleh, who stepped down in 2012 in the wake of Arab Spring protests but is believed to be cooperating with the Iranian-backed Houthis. An unidentified warplane also attacked the presidential compound in Aden amid the clashes, though Hadi was unhurt.

“Unfortunately, this violence, which comes in the context of escalating tension between Sunni Islamists, armed groups, and the Houthis, represents a serious blow to the continuation of negotiations for a peaceful transition,” Wille said,

“As long as the Houthis remain a prominent political power, I fear that there will be more attacks coming from either al-Qaeda or other Sunni islamist groups, including potentially ISIS, which is a new development,” she said. 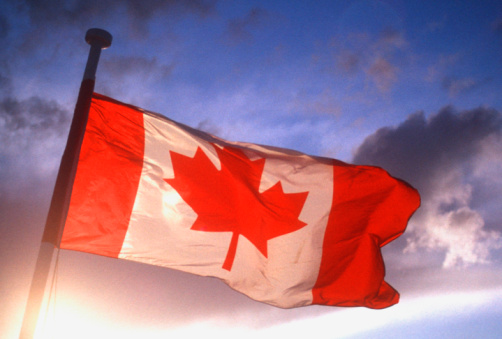 Forget About Keystone XL — Canadian Crude Is Coming
Next Up: Editor's Pick