A health worker, right, cleans a man's arm before injecting him with a Ebola vaccine in Conakry, Guinea, March 7, 2015.
Youssouf Bah—AP
By Alexandra Sifferlin

The World Health Organization (WHO) is urging mass vaccination for preventable diseases like measles and whooping cough in Ebola-affected countries.

The organization says the risk for additional outbreaks is high due to interrupted immunization practices in the area. The agency is calling for an “intensification” in routine vaccinations, and a measles vaccination push in countries that no longer have Ebola cases.

In Guinea, Sierra Leone and Liberia resources and personnel shifted away from usual immunizations to tackling the Ebola outbreak which has infected more than 24,700 people and killed more than 10,190.

MORE: Why West Africa Might Soon Have 100,000 More Measles Cases

“Any disruption of immunization services, even for short periods, will result in an increase in the number of susceptible individuals, and will increase the likelihood of vaccine-preventable disease outbreaks,” the WHO said in a recent letter to officials in susceptible West African countries.

The announcement comes after researchers at Johns Hopkins Bloomberg School of Public Health published a study earlier in March in the journal Science predicting that there could be an outbreak of up to 100,000 measles cases over the next 18 months in Ebola-affected areas if nothing is done to amend disrupted vaccine programs.

“When there’s a disruption of medical services, measles is always one of the first ones in the door,” study author Justin Lessler told TIME.

Liberia, Guinea, and Sierra Leone are rolling out immunizations for several preventable diseases in regions of the countries that are Ebola-free. Liberia and Guinea have targeted children under the age of five for measles vaccinations since they are at a high risk for infection.

Read more about the risk for measles amid Ebola here. 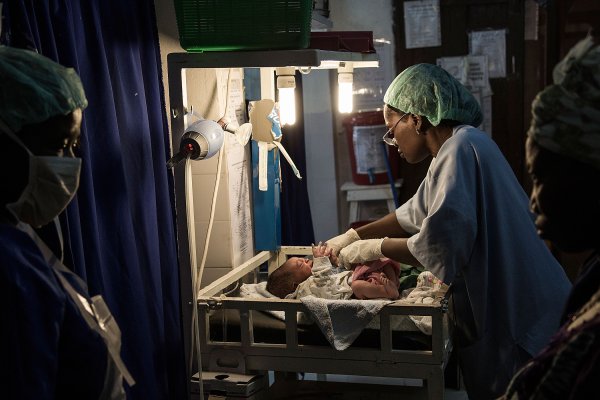 Nearly Half a Million Babies Die From Poor Hygiene
Next Up: Editor's Pick