Magic Leap, the secretive company leading Google’s charge into “augmented reality,” has released video footage showing a gamer blasting away at robot invaders as they crash through the walls and drop from the ceiling of an ordinary-looking office space.

It’s unclear whether the video shows an actual game overlaid onto a real-world office space or just an artistic rendering of what the game might look like in the future. The way the gun rests so realistically in the gamer’s hand certainly raises suspicions. Still, a company spokesperson confirmed to Gizmodo that the video was authentic.

“This is a game we’re playing around the office right now,” Magic Leap wrote on its official YouTube account.

It was revealed last year that Google was leading a $542 million funding round for Magic Leap, which has yet to announce any kind of commercial product. However, the footage appears similar to the experience of using Microsoft’s new HoloLens, an augmented reality headset that company unexpectedly unveiled in January.

Read more: Here’s What It’s Like to Use Microsoft’s Amazing New Holographic Headset 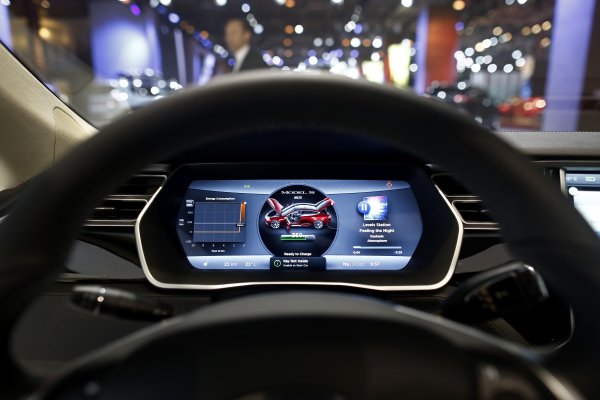 Tesla's New Software Will Help Drivers Avoid Running Out of Juice
Next Up: Editor's Pick