Fitbit CEO James Park is rebuking a recent high-profit report raising health concerns in the use of wearable technology.

“In general, cell phones are definitely a very different beast than the low powered wearables,” Park told TIME. “The transmit energies are orders of magnitude higher. So if people are comfortable wearing Bluetooth headsets, I think wearables are even less of a concern because Bluetooth headsets are also close to your head. Wearables are not, unless you happen to sleep right on top of your wrists. For us we feel, again, whatever the studies might show, the overall health benefits of fitness trackers probably vastly overweighs the risks of any type of RF [radio frequency] issues.”

Earlier this week, The New York Times published an article—originally titled online as “Could Wearable Computers Be as Harmful as Cigarettes?”—that discussed the potential links between cellphone radiation, cancer and modern wearable devices. While the report noted that wearables like the Apple Watch or Fitbit’s fitness trackers should be fine since they don’t have a cellular connection, the overall carcinogenic concerns raised and sources used were widely derided. While the author stands by his Times report, the Times’ public editor Margaret Sullivan wrote that the article “clearly needed much more vetting” and that a careful interpretation of the facts was “lacking.”

Park said he had not “thoroughly researched” the Times’ claims, but took particular issue with comparing cell phones to wrist wearable devices. Fitbit, whose ubiquitous digital consumer fitness trackers now even claim the wrists of fitness fanatic President Barack Obama, has a 72% market share in its category, according to Park. 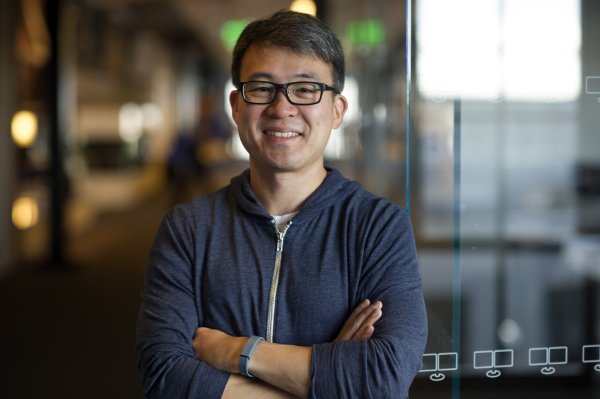 How Fitbit's CEO Sees a Future In the Medical Industry
Next Up: Editor's Pick