Meet the Jewish Matchmaker of Your Mother's Dreams

The logo for Shabbatness is a Challah-shaped heart.
Erin Davis
By Ashley Ross

I’m sitting in a Manhattan apartment watching the sun set with 11 of New York’s most eligible Jewish singles. It’s Friday night and the table is a traditional Shabbat setting—a Kiddush cup filled with red wine, freshly-blessed candles and challah bread that’s been ripped apart and passed around the table. The crowd is hushed as Erin Davis a 30-year-old, waif-like blond, our host for the night, announces it’s time for ice breakers, where we’ll read funny and ironic facts about each other and guess who it could be.

Later I’ll leave after arranging a date with an adorable man handpicked by Davis whom my mother would kvell—ahem, gush—over. This is “Shabatness,” an invite-only service that sets up young Jewish professionals over Shabbat dinners.

Davis is quite rare, a matchmaker who does things the artisanal way, setting up singles through dinner parties, not apps or algorithms. She started hosting at least one Shabbat dinner a month in 2013. “I felt there was a void in the Jewish community of Shabbat dinners in intimate homes,” she says. “ And I realized it was an ideal environment for singles to meet each other.”

She interviews singles and promises those selected for the dinner a potential partner, a night of unlimited alcohol and a meal, at her apartment or one of the guests’ who chooses to host, all for just $36—a division of 18, or chai in Hebrew, a lucky number in Judasim—The idea became a business when Davis applied and received a fellowship through PresenTense, a social entrepreneurial program with a focus on the Jewish community. Davis got access to mentors, donors and business classes to put her vision in place.

Labe Eden, a committee member at PresenTense who has attended a few Shabbatness dinners, says he was struck by Davis and her idea from the get go. He explains it as a more wholesome experience than dating at a bar. “You don’t have to necessarily impress anybody. You get to be you,” he says.

The idea could seem old school—but each dinner has its own special twist. One dinner was called Bourbon and Beatbox, where American Idol contestant and special guest Jay Stone beatboxed the Shema, a prayer from the Torah. One night it was Magic and Macarons, where a Jewish magician performed and macarons were served for dessert. Another called Shabbat in the Sky was held in a 52nd-floor penthouse in New York’s financial district. And her next one will feature only male homosexual couples.

Even with modern traditions, the core of the evening is Judaism. Davis’ inspiration comes from her own grandmother, Rose Goldberg, who survived the holocaust in hiding after being sent to the ghettos of Wladimir Wolynsk in Poland. “I used to think she was just this old-school sweet Polish lady,” Davis says. But after traveling Europe and researching the genocide, she felt it a strong pull toward preserving Jewish heritage and rituals.

And it’s a heritage that’s getting diluted. A 2013 PEW study revealed that the percentage of U.S. adults who say they are Jewish when asked about their religion has been cut by about half since the late 1950s. And more than half of Jewish Americans have married a non-Jewish spouse.

“The studies disturb me, and there are small things to do to keep the tradition alive but make it our own,” she says. And the recent rise of anti-Semitism across Europe is especially troubling to her, even thought it’s not prevalent in New York.

“It’s a huge passion of mine to take a direct role in stopping [anti-Semitism,]” she says. “A lot of it goes back to my grandma’s story. It’s inspired me to do whatever I can to continue the tradition and to modernize Shabbats to make them for the times today.

Davis incorporates bits of tradition into each dinner she hosts, whether it’s a group of modern Orthodox Jews or, what’s more common, a group of Secular ones. (At the dinner I attended, fewer than half the group could read Hebrew.)

There are small touches of Jewish customs like her logo, a heart-shaped Challah bread, and the business’ name, “Shabbatness.” Nes means miracle in Hebrew, Davis says. “So my mom said: ‘What about the miracle of Shabbat?’”

A handful of miracle couples have come out of her dinners—and one marriage is on the way. My own experience after Shabatness resulted in a handful of dates, a very classic courtship, and a typical falling out of disinterest by both parties—but it was a better match for me than any tech-assisted dating I’ve tried. Apps have taken dating and turned it into a giant game of hot-or-not, where choices are endless and real relationships are few and far between.

Sure, JDate is popular and apps like Tinder and Hinge are growing, but that has consequences.

“The larger a pool of potential dates you have, the more the paradox of choice causes people to freeze up,” says Ori Neidich, one of Davis’ PresenTense mentors. “Erin has tapped into a need, you still have to meet people in person no matter what because that kind of chemistry can never be imitated by technology.”

Old-school matchmaking is making inroads onto the scene for the crowd of those sick of swiping their phones to no end. Aside from Davis’ Shabbat model, there are others trying to reinvent the process. Train Spottings uses matchmakers, known as ‘conductors,’ who scope the New York City Subway scene for singles to match with clients. And San-Francisco-based Dating Ring, available in multiple cities, assigns users with personal matchmakers, only syncing up matches with permission from both users. There’s also Married at First Sight, a reality series about couples who agree to marry a complete stranger selected ‘scientifically.’

Patti Stanger, whose 8th season of Bravo’s Millionaire Matchmaker premiered in December thinks that Davis is on to something as “religion is the number one deal breaker” in relationships.

“You don’t just have to do it for Shabbat, there can be Christian dinners, Muslim dinners,” Stanger says. “There are ways to do this for any type of common interest.”

Davis has a long way to go before the company is truly ringing in a profit. Her goal is to make it a 501(c)(3), a nonprofit and tax-exempt organization similar to the Birthright Israel Foundation.

“I’ve seen the passion behind birthright donors and the sustenance of Jewish practice and the formation of Jewish couples,” Davis says.

Davis’ grandparents, who met in hiding from the Nazis, were married for more than 40 years until her grandfather’s death in 1990.

“As I got older and moved to New York, I started getting closer to [my grandmother,]” Davis says, noting that all Grandma Roza wants is for her children and their children to marry Jewish people and continue the traditions.

“There are seven grandkids and seven great grandkids, which she wants many more of as soon as possible!” Davis says, laughing. “My last Shabbatness was called “Shabubbe,” she explains her play on the word Bubbe, Yiddish for grandmother. The group of singles honored Grandma Roza’s 90th birthday by eating Polish food with pictures of her all around. “It was very sentimental.”

Read next: Watch a Passover-Themed A Cappella Parody of ‘Uptown Funk’ 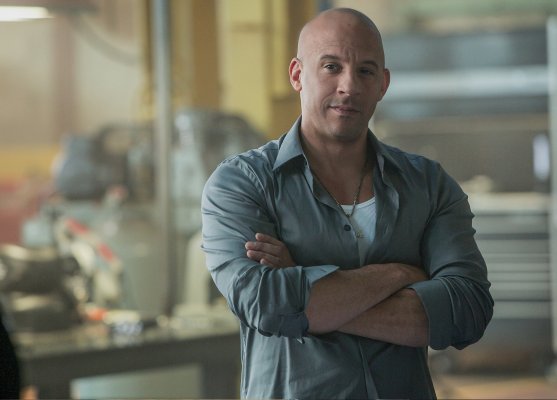