The FIFA executive committee confirmed the 2022 World Cup in Qatar will be played in November and December with a Dec. 18 final.

FIFA also announced that it has agreed in principle to hold the tournament during a reduced 28-day window.

Last month, FIFA recommended the tournament be played later in the year because of the extreme heat during the summer months in Qatar.

FIFA has been criticized for rescheduling the tournament into the middle of the club season. In February, FIFA announced that it will not compensate European clubs that have their seasons disrupted by players participating in the World Cup.

FIFA president Sepp Blatter previously said he wanted the final to be played no later than Dec. 18 as the championship game is traditionally held on a Sunday. 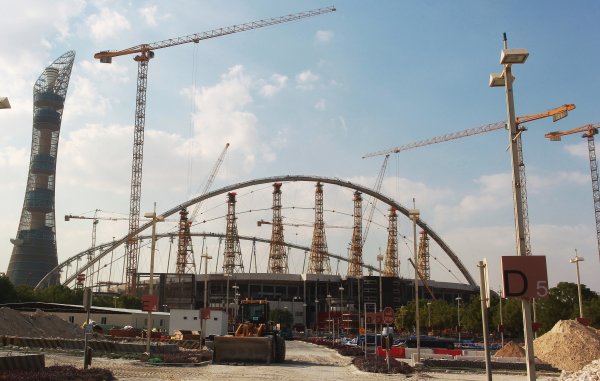 Qatar's World Cup 2022 May Be Delayed to Winter
Next Up: Editor's Pick