Amazon’s hopes of delivering shipments to customers via drones got a little more real Thursday as federal regulators granted the company approval to test its unmanned aircraft.

The Federal Aviation Administration gave Amazon’s drones what’s called an experimental airworthiness certificate, which lets the company fly its aircraft for research, testing and crew training purposes. Amazon must follow a handful of rules laid out by the FAA: It must keep flights at 400 feet or below, only fly in daylight, and pilots must hold at least a private pilot’s certificate, among other stipulations. The company also has to report a wealth of data about its drone flights to the agency every month.

However, the FAA is not yet allowing Amazon to conduct commercial drone flights. Amazon CEO Jeff Bezos first said back in late 2013 that he wants to use drones to deliver packages directly to customers’ doorsteps in a program dubbed “Prime Air.”

The FAA’s Thursday decision comes after Amazon petitioned the agency last July to let it test its drones. In February, the FAA proposed new commercial drone rules that would make it significantly easier to legally operate a drone for money in the U.S., an activity that currently requires case-by-case approval from the agency. However, the plan would require drone pilots to fly their aircraft with “unaided vision” and avoid flying over people, rules that would seem to preclude Amazon’s drone delivery concept.

The FAA is expected to vote on those new rules later this year. 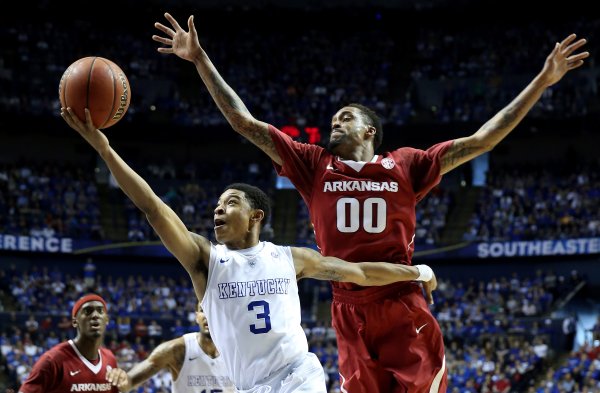 These 8 March Madness Apps Are a Slam Dunk
Next Up: Editor's Pick